Home / Society / Behind Putin is preparing a new putsch?

Behind Putin is preparing a new putsch? 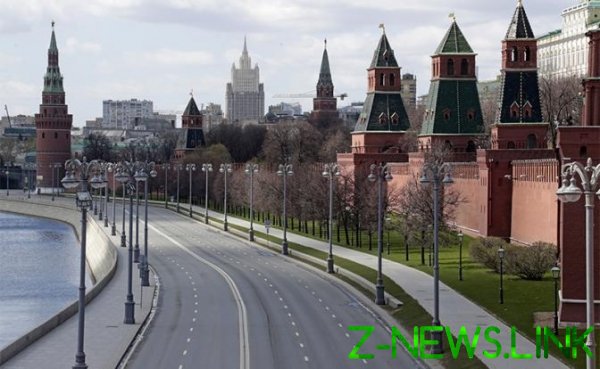 Indecision Federal officials in the conditions of crisis and the epidemic of coronavirus raises a lot of conspiracy theories about the coming redistribution of power. While no one sees fit to inspire the citizens confidence in the future, but on the contrary a feeling of increasing instability.

The undisputed leader in Russia considered President Vladimir Putin. He himself created this image, and people expect him to decisive and responsible action. But in a moment of crisis was that he literally withdrew from solving problems. According to him, the epidemic of the coronavirus, should allow the governors. Those at your own risk began to act, but immediately received a reprimand from Prime Minister Mikhail mishustina, who advised not to forget about the limit of their powers.

Now with the coronavirus fell ill himself Mishustin. Historical analogies are always flawed, unreliable. But remember, as the Prime Minister Pavlov decided to withdraw through illness a day after the creation of the emergency Committee. The head of the Soviet government joined in the putsch, but quickly realized that to take responsibility for our own peril. About it, by the way, he told himself.

And now, in the midst of crisis, when carefully weighed decisions of the government, the head of the Cabinet of Ministers was eliminated from the game. Most likely, really sick. But the fact remains — Mishustin in the side. The President has already said will not make important decisions without the Prime Minister. This is not surprising. Mishustina put in the position of largely in order to be able to write off all the flaws. Only here it is not.

There is a theory that at the very top of plotting against Putin. And in this context referred to a few different candidates who could lead the country. The first place to mishustina, because according to the Constitution in the case of removal of the President, his duties will be fulfilled by the Prime Minister. By law, the head of the government a real contender for the “succession”.

However, there is such a thing as popularity. Without the support of the people can become a “Caliph for an hour”, but not the real ruler of the country. By popularity bypasses all the current defense Minister, Sergei Shoigu. No wonder he was depicted on a mosaic in the temple of the Armed Forces, which was supposed to open may 9. The mosaic was removed, but the fact remains.

There is still Sergei Sobyanin, who controls Moscow. It takes enough independent decisions and behaving like a “Grand Prince of Moscow”.

Disease mishustina some conspiracy theorists can be seen as the elimination of the main competitor. On the other hand, his self-isolation can be perceived and as a statement of fact that the country is very bad, and nobody wants to take any responsibility.

Most likely, all conspiracy theories are wrong and are merely a figment of a sick imagination of fans of conspiracy theories. But after all the rumors and conversations on the topic soon, Putin’s departure generated primarily the weakness of the government. When at the critical moment of the first state leaders are trying to shift the responsibility, there is a power vacuum.

Political analyst Viktor Alksnis believes that there is indeed a danger of state collapse due to the indecision of the Central government:

— Now in Russia the atmosphere of collective irresponsibility, and that’s a fact. No one wants to take responsibility and give information about what is happening. Everyone is trying not to isolate themselves, but simply to withdraw. On the appearance of coronavirus, the government could not influence, but it has caused a number of serious problems. But the answer for them, no one wants. Everyone is afraid to speak the truth about the real situation.

The problem is very serious. And nobody knows how to be. The President does not want to take responsibility for what tens of millions of people who will now become beggars. Resolved the issue with pensioners and state employees, but the bulk of work in commercial structures, which will be ruined.

As always, the calculation of the authorities that everything will resolve itself. This may be true, but it is a very dangerous tactic.

“SP”: — What it can mean for the government?

— In the current situation no one can claim the government does not want. If oil prices were stable, it wouldn’t be a problem. It was possible to replace officials and the system would continue to work. So it was a year ago. But today, in the midst of a major crisis, nobody wants to take responsibility. The elite are accustomed to act on the basis of grasshopper-dragonfly, but the intellectual resources they have, and the financial cushion is rapidly disappearing. So it’s hard to talk about a struggle for power. No one knows what to do in the state in anticipation of the disaster.

“SP”: — For history knows that the government in Russia collapsed when it was withdrawn. Is there a danger today?

— The threat of disintegration of Russia really is. When the President said to the governors decided, they began to block traffic. That’s what we were in the late 1980s When officials see that the Federal centre threw them in the lurch and not given the resources, they begin to save their regions. As the saying goes, charity begins at home. In these conditions there is a real risk of disintegration of the Russian Federation. Although 20 years claim that Putin saved Russia from disintegration. But it’s not. It just due to high oil prices was able to enlist the support of regional leaders.