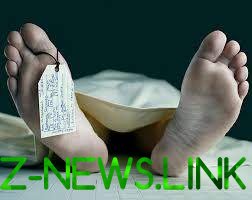 The mess learned when relatives came for the body.

In Irkutsk has begun preliminary examination after the local mortuary mixed up the bodies of two men. On Tuesday, October 24, the press service of the regional Department of the Investigative Committee.

According to the investigation, October 20, the police asked the head of the Department of examination of dead bodies of the Irkutsk regional Bureau it is judicial-medical examination. He reported that the unknown stole the body of a man born in 1958. The deceased returned only once to the morgue and relatives came to take the body for burial.

See also:  Germany offered to hold elections in the Donbass in the presence of the Russian army

It turned out that the body of the man gave the employees of the institutions — he was buried in the other’s funeral under an assumed name.

“The investigation will establish the involvement of employees of the Bureau of forensic medical examination and employees of funeral services, which took the body from the morgue, to the occurring confusion in the bodies of the dead men. At the end of the audit will be a procedural decision”, — stated in the message.

In September in Irkutsk at the funeral confused the two women. During the ritual, one of the relatives of the deceased noticed that she was not like himself, but the Manager of the cemetery said that the dead are changed externally and this is a common situation, reported “Vesti. Irkutsk”.

Tags another because error funeral given morgue russian