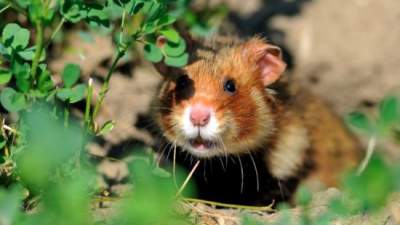 To Wake the animal is prohibited by law.

Construction of a bypass road in the Bavarian community of Auerbach postponed until next spring due to lapsed into hibernation hamster.

Scheduled for autumn the construction will be continued not earlier than in April or even in may, when found on the job location the hamster wakes up.

See also:  Smile from ear to ear: amusing anecdotes from the real optimists

It is reported that the common hamster until the 1960s years were in Germany with the object of trapping. Today he is listed in the German Red list as under threat of extinction in Bavaria and is an endangered species throughout the country.

The destruction of the hamsters or their habitat is punishable under the Criminal code. To move these animals, especially during winter hibernation, permitted only in exceptional cases.

See also:  Because of the sanctions, Russia could lose a contract for $5.5 billion