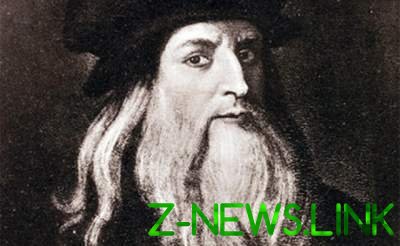 Da Vinci suffered a stroke due to the specific diet of the middle ages.

The artist and inventor of the Renaissance Leonardo da Vinci failed to complete the work on the painting “Mona Lisa” (La Gioconda) due to the fact that he fainted and injured his hand.

According to researchers, due to the fall, the artist then could not hold a brush and continue to paint. Some experts believe that da Vinci suffered a stroke due to the specific diet of the middle ages and was partially paralyzed, reports Charter’97

However, scientists David Lazzari and Carlo Rossi suggested that the artist developed paralysis of the ulna as a result of traumatic nerve damage.

As evidence, they cited a portrait of da Vinci in which he is depicted with a hand wrapped in cloth, resembling a blindfold. In addition, the hand of the artist “suspended” in the compressed position.

According to the researchers, the position of the hands as the picture is impossible to take after a stroke.

“Instead of portraying a typical clenched hand, observed in static muscle after a stroke, the painting suggests an alternative diagnosis,” says Lazzari.

He noted that older people often faint and get a similar injury. That da Vinci was definitely the problem with hands is the fact that many of his later paintings were not completed.