Home / business / Became known, who will head the anti-corruption court

Became known, who will head the anti-corruption court 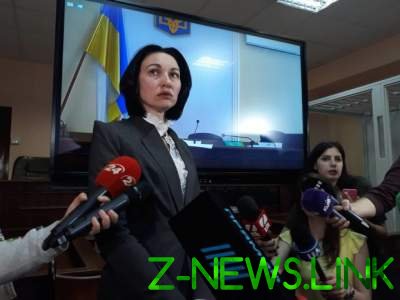 Earlier, the judge worked in the Kharkiv region.

At a meeting of anti-corruption judges of the Supreme court of Ukraine Chairman of the newly established anti-corruption court elected judge Helen Tarasevich. During the secret ballot, it elected 23 of 28 judges. For the second candidate the judge Olga Salandiak of Vinnytsia region – voted 10 of the judges.

It is known that earlier, Tanasevich worked as a judge Pecheneg district court of Kharkiv region. She is a graduate of the Kharkiv law Academy of Yaroslav the Wise, and the oath, the judge gave in 2012.

A woman originally from Kharkov, she is now 37 years old. At the end of the contest judges anti-corruption organization, Tanasevich scored the highest rating score of 792 out of 1000 possible.

Traffic HONESTLY have not found information that would indicate bad faith, Tanasevich.

Husband is the new Chairwoman of Antikorupcinio court – private entrepreneur, is a Director of the company “alternative Energy”, which deals with installation of solar panels and use of alternative energy sources.

According to the Declaration of the judge in 2018, Tanasevich received as a judge of 220 thousand hryvnias, and her husband earned a million hryvnia.

Chairman of the Supreme court anti-corruption chose on the third attempt. In the first two, none of the candidates failed to score the required minimum of 20 votes.