Became known, when Zelensky will make the first appointment 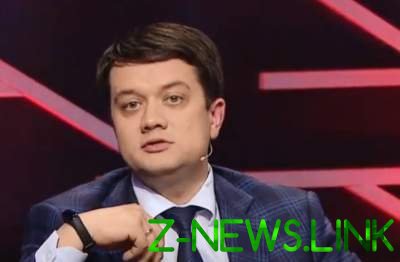 Press Secretary of the President-elect of Ukraine told when he will make the first appointment.

“I think that the first staffing proposals and legislative initiatives are unlikely to sound the day of the inauguration, it’s not exactly a time when you need to voice these things. But what is supposed to happen in the near future after the inauguration, I think, Yes,” said Razumkov.

According to him, the names of the candidates for the posts of heads of the foreign intelligence service and the security service of Ukraine it is better not to announce until the day of my appointment.

“But if we’re talking about foreign intelligence service, there is not need a Parliament the President can make independent decisions. I am afraid of provocations,” – said political consultant.

Also Razumkov stressed that Zelensky will announce the name of the person who will head the presidential administration, after the inauguration.