Home / economy / Became known, when Ukraine will receive the next tranche from the IMF

Became known, when Ukraine will receive the next tranche from the IMF 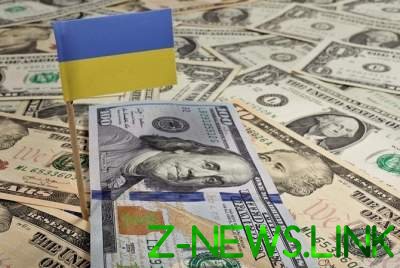 According to Fitch, Ukraine will receive about 2 billion dollars in 2018.

International rating Agency Fitch expects the international monetary Fund will allocate to Ukraine a new tranche in 2018. About it reports a press-service of the Agency.

According to Fitch, talking about the amount of close to $ 1.9 billion.

“Fitch expects the next tranche of the programme in the following year after approval of the budget in 2018, and the agreement between IMF and the government over changes to the formula for adjusting tariffs for heating in households”, – stated in the message.

Subsequent payments from the IMF will depend on the progress in implementing the government of Ukraine structural reforms.

First and foremost, we are talking about land reform and the achievement of results, in terms of privatization and combating corruption, which is prone to delays and execution risks associated with the beginning of election season in 2019.

Earlier it became known about the unexpected decision of the IMF to Ukraine.