Home / economy / Became known, the minimum pension in Ukraine after the reform

Became known, the minimum pension in Ukraine after the reform 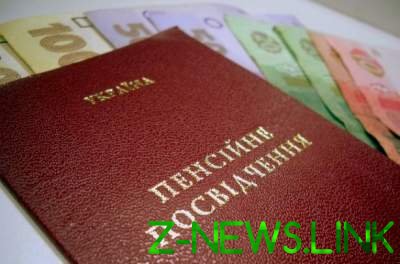 From 1 October to 5.6 million pensioners pension in an average increase by UAH 692.

The minimum pension in Ukraine after the Verkhovna Rada’s adoption of the pension reform will amount to UAH 1452.

This was stated by the head of the parliamentary Committee on social policy, employment and pension provision Lyudmila Denisova, reports the press service of the Committee.

“If approved by MPs pension reform from 1 October for appointment and recalculation of pensions will apply a living wage on December 1, 2017. On the proposals of parliamentary factions – this figure increased to 79 UAH, which corresponds to its actual size, taking into account inflation. That is, from October 1, the subsistence minimum for retirees who have full insurance will be 1452 UAH, not 1312 as it is now,” said Denisov.

According to her, from 1 October to 5.6 million pensioners pension in an average increase by UAH 692.