Became known, the main condition for Russia to release Chiygoza and Umerov 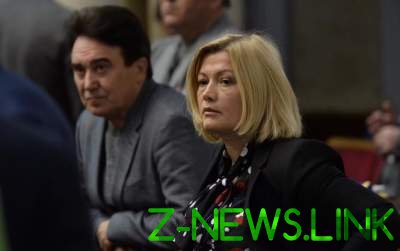 Irina Gerashchenko said that the release of leaders of the Majlis was not for her secret.

The Russian side was ready to release the members of the Majlis of the Crimean Tatar people Akhtem chigusa and Ilmi Umerov only if they seek pardon, but thanks to diplomacy, this was avoided, said the people’s Deputy Irina Gerashchenko.

“One of the prerequisites for the release of the FSB was exposed to Ilmi umer and Ahtem Chiygoz wrote a petition for pardon [Russian President Vladimir] Putin… And all these long days of Ukrainian and Turkish diplomacy did everything to avoid any assumptions about the petition, because these characters would never have anything like Putin would not write” – she said on his page on Facebook.

According to her, about the liberation of the leaders of the Crimean Tatars was known a few weeks ago. This, in particular, accidentally learned of the Ukrainian delegation to PACE.

We will remind that on 25 October, Russia gave Turkey the representatives of the Majlis of Akhtem chigusa, and Ilmi Umerov.

President of Ukraine Petro Poroshenko said that the leader of Turkey, Recep Tayyip Erdogan contributed to the liberation of the Crimean hostages.

The leaders of the Majlis was captured by the occupying authorities of Crimea on trumped-up charges of organizing “mass disorder” during the Russian occupation of the Ukrainian Peninsula. In the end, Chiygoz was sentenced to eight years in a General regime colony and umer – two years in colony-settlement.