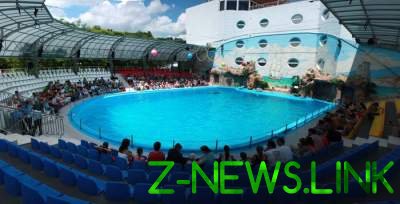 Animals artists from the Kiev Dolphinarium “Nemo” was moved to Odessa.

“All animals are artists safely transported to the Dolphinarium on our network in Odessa”, – said the press-Secretary of the network of dolphinariums Polina Makarova.

According to a spokesperson, between Dolphinarium network Nemo (Odessa, Kiev, Kharkov) has a network of transportation of animals in different situations, and all the animals were safely transported. In the Dolphinarium contained 4 dolphins and 2 sea lions. At the moment the animals are adapting in Odessa Dolphinarium in the near future will not be involved in interventions.