Home / Video news / Became known the details of the release of the smartphone with heavy-duty camera. Video

Became known the details of the release of the smartphone with heavy-duty camera. Video 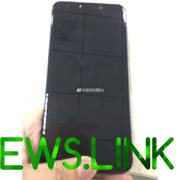 The novelty will appear in stores in late fall.

Until the end of autumn, the company Oppo will present the world’s first smartphone with a five-fold optical zoom. The technology was announced at the beginning of this year at the MWC 2017. According to reports, the smartphone will be called the Oppo Mix (to release the name may change), will not be included in the line Find and get top-end specifications, including support for the updated fast-charging technology VOOC.

Technology five times optical zoom from Oppo called Precision 5X Optical Zoom. Its essence is to use two cameras positioned at an angle of 90 degrees to each other. The second camera is located parallel to the plane of the body, so it is possible to increase the distance between the lenses and to achieve the desired focal length.

It is expected that Oppo Mix will get the OCTA-core Snapdragon 835, 6 GB RAM, AMOLED display and Android 7.1.1 Nougat.