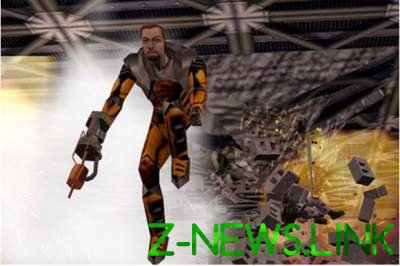 Junction Point Studio, headed by Spector was working on a new episode for Half-Life 2.

It is known that the Junction Point Studio, headed by Spector was working on a new episode for Half-Life 2. However, later this project was cancelled. Even in 2015, Spector spoke about a new kind of weapon in the game, but did not disclose details. In a fresh interview, he in details described the principle of operation of the gun, firing magnetic balls and control metal objects.

“You could shoot a garbage can into the wall on the other side of the street, and the tank would fall right into it! If something stood in his way, the tank would have destroyed it. Or, for example, you fight two robots. You can shoot one of them, the magnetic ball, and then they just grappled wouldn’t be able to fight,” — said Spector.

In late August, the network has published the prototypes of the cards for Half-Life 3. In the archives all 11 cards, four of which were created only to demonstrate the features of the new part.