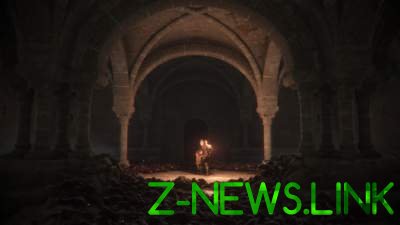 The action game takes place in 1349, in France, in the midst of the plague.

The developers of the adventure game A Plague Tale: Innocence announced the system requirements of the project on the official page on Steam. The game will be released may 14 on the major platforms: PlayStation 4, Xbox One and PC. For a comfortable game in A Plague Tale: Innocence you will need a personal computer with an Intel or AMD, graphics card of GeForce GTX 970 or Radeon RX 480 and 16 GB of RAM.

The action game takes place in 1349, in France, in the midst of the plague. A teenage girl of Amicia and her younger brother Hugo is forced to flee from the Inquisition, bandits and soldiers in the ruined plague the edge, trying to find a safe place. In addition, another insidious enemy is the hordes of rats, a faithful weapon against whom are fire and light, as well as mutual aid with other characters. Is there a place for innocence in a cruel and ruthless world of medieval France? The answer is we will know on March 14th.