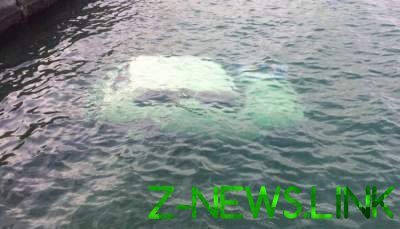 Announced a preliminary version of what happened.

A dead man found in the sunken car near the coast of Odessa, was famous coach in sailing Alexander sour cream.

This is with reference to the representative of the National police in the Odessa region.

“According to preliminary data, it was an accident,” say police.

As noted, the deceased was 50 years, now militiamen establish all circumstances of the tragedy.

In turn, information about the identity of the deceased was confirmed in the sailing Federation.

“Sailing Federation of Ukraine regret to announce that on 14 October 2017 tragically died our friend and comrade, kind and sympathetic person, with all my soul devoted to sailing and the sea, a famous Ukrainian children’s coach of Sergeevka, which paid much attention to the development of sailing, Alexander Smetanka. Sailors of Ukraine Express sincere condolences to the family and friends of the deceased”, – the statement says.

Farewell to victims will be held in Sergeevka Odessa region on Monday, October 16.