Home / INCREDIBLE / Became known, how many percent of the world’s oceans polluted people

Became known, how many percent of the world’s oceans polluted people 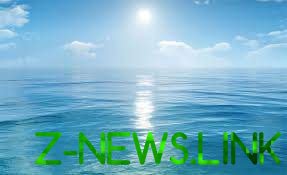 Numbers can be shocking.

An international group of ecologists have assessed the state of the oceans. By 2018, only 13 percent of its waters remained intact on the rest of the ocean one way or another touched by human activities.

“We were amazed at how little the ocean has remained untouched waters. The ocean is enormous, it occupies 70 percent of the planet’s surface, but we have managed to significantly influence almost all of this great ecosystem,” said the study’s lead author Kendall Jones of the University of Queensland in Australia, whose word brings the press service of the publishing house Cell Press.

Group Jones asked a question about how many areas in the World ocean remained “wild” or untouched by man. These waters are important for biodiversity conservation of the ocean and particularly of species endemic to either region. Furthermore, these waters are considered environmental “safety margin” of the ocean in the light of ongoing changes in the Earth’s climate.

See also:  Scientists made a big discovery about Mars

The scientists collected data on the 15 factors of human influence on the ocean from commercial shipping and fisheries to reset fertilizers, light pollution and invasive species. “Wild” was considered the area, the least affected by anthropogenic stressors and falling into the bottom 10 percent on these indicators. Interestingly, if you include among these stressors, climate change caused by human activities, pristine places in the ocean will not remain at all, so the authors did not do.
The last 13 percent, or 54 million square kilometers of “wild” areas were found mainly in international waters of the Arctic and Antarctic, and also in the area of the small island States of the Pacific. In particular, in the Northern Indian and Western and Central Pacific ocean, in the so-called Indo-Pacific region, remained untouched by the more than 16 million square kilometers. Less “wild water” was on the South Africa — about 2 thousand square kilometers.

See also:  The first results of the search for extraterrestrial life

The study authors noted that only one-twentieth part of pristine waters, or 2.67 million square kilometers, now has protected status. The majority of reserves are located in national waters, while the ecosystems of international waters are protected very poorly.

“Human pressure on the oceans rapidly increases, and no part of which is not fully protected… the Remaining pristine waters, by definition, indispensable is the last ocean areas, which are not touched or barely touched on human activity”, — stated in the article. The authors believe that to avoid a repetition of the sad situation on land in the oceans, it is urgent to make the protection of such areas a priority in environmental policy.