Became known, from what alcohol the person becomes aggressive 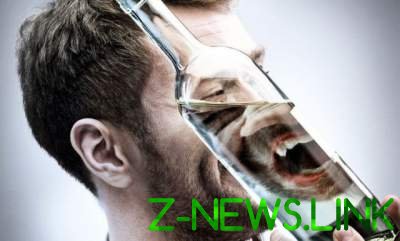 The scientists explained why and what kind of alcohol people can become aggressive.

British scientists conducted a global study that involved men and women of different ages, to determine the impact of alcohol on emotions and human behavior.

Scientists decided to take this project due to the fact that this topic has not previously been thoroughly studied, but it was possible to observe that same person’s reaction to alcohol was very different. They suggested that this phenomenon is dictated by the kind of alcohol beverage, and no mistake.

How was the study?

In the project participated about 30 thousand adult people living not only in Britain but also in other countries – about 10. All participants filled out a questionnaire with the same questions, which were based on their health and mood after the consumption of alcoholic beverages.

About 30% of all participants said that once they drink this, you immediately become angry and aggressive. But it is only in cases where they were used hard liquor – vodka, brandy, whiskey, tequila and others.

And those who prefer alcohol in weaker, such as wine, experiencing negative emotions and hatred to all others, only 7% of cases.

Also, the researchers were able to determine what a fundamental role in human behavior, taking on his chest a couple of doses of alcohol, plays his mood before he started drinking. For example, if a person showed up at the bar angry because of a quarrel with the woman, then with high probability, when he drinks, will ruin everything around and throw people.

The main conclusion of British scientistsmade at the end of this study, is that attacks of aggression is a prerogative of people who are dependent on alcohol, and those who are not aware or does not recognize that he suffers from alcohol dependence.