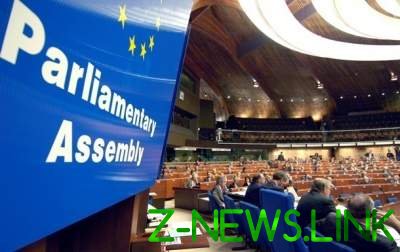 The post claimed by the candidates from Lithuania and Cyprus.

The election of a new President of the parliamentary Assembly of the Council of Europe (PACE) held in Strasbourg on Monday, 9 October. This was reported on the website of the Assembly.

It is noted that as the new Chairman of the PACE put forward two candidates – Stella Kyriakides (Cyprus) and Emanuelis, Singers (Lithuania). The election procedure provides for a secret ballot.

New PACE President will hold that office until the opening of the next session, which will take place from 22 to 26 January 2018.

As earlier reported, the previous head of PACE Pedro Agramunt resigned. The official reason was for health reasons.

Recall that the Ukraine demanded the resignation of Agramunt. He has repeatedly called on PACE to return Russia to the Assembly.

After the resignation of Agramunt, first Vice-President of the PACE, the Briton Roger Gale became the acting head of the Assembly.