Became known characteristics of the smartphone Meizu M6S and M15 Plus 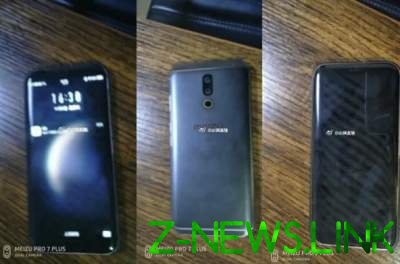 In the past year, Meizu has sold about 20 million smartphones.

Network sources have revealed the technical equipment of two new smartphone Meizu, which will display Full Screen with an aspect ratio of 18:9.

One of the devices will come to market under the name M6S/mBlu S. As previously reported, this model will receive a 5.7-inch display and camera with 13 – and 5-megapixel matrix. Now there are additional details.

The “heart” of the novelties will supposedly serve as the processor Samsung Exynos 7872. The smartphone will be offered in versions with 3 and 4 GB RAM and flash drive capacity of 32 and 64 GB respectively.

The power will provide battery with a capacity of 2930 mAh. are Called the dimensions of the device — 152 × 72,54 × 8,0 mm. it is Expected that the price of the device will be approximately $ 150, and the announcement will take place in January.

The second upcoming release, the novelty appears under the name of M15 Plus (shown on the “live” photos). This unit will carry on Board a powerful Snapdragon processor 835. On the back side of the case will house a dual camera. Model M15 Plus debuts in March; the price is 450 USD.

Note that in the past year, Meizu has sold approximately 20 million “tubes”. This is somewhat worse than last year’s result, when sales of vehicles accounted for 22 million units.