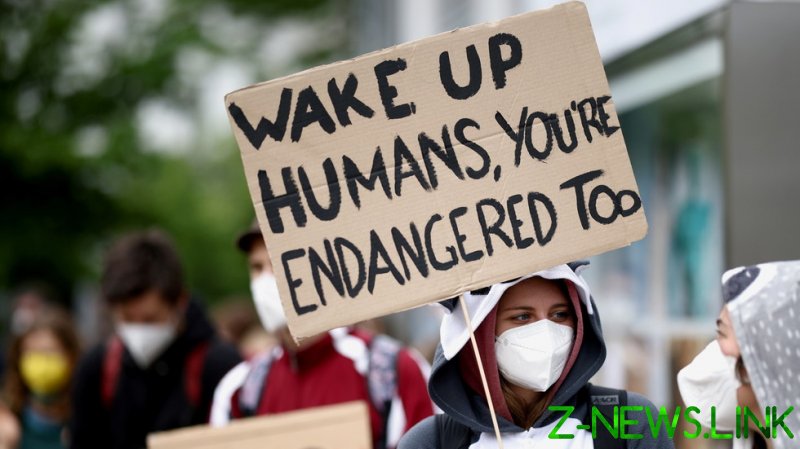 ‘Sport 2050’ is the BBC’s latest attempt to ratchet up its viewers’ fear levels, using fictional sports news from the year 2050 to demonstrate just how seriously climate change allegedly threatens to impact the sporting world. By highlighting its effect on sport, the BBC states that it hopes to reach “readers who may not otherwise have engaged with the science of, or news around, climate change.”

Among a glut of doom-laden videos released on Monday is a make-believe sports news report that shows a world in turmoil. “Torrential rain” has closed football pitches in England, heat and “wildfire smoke” have postponed the Australian Open, and the Winter Olympics in Chamonix is canceled, due to a lack of snow at the French ski resort.

Furthermore, the BBC envisions shorter World Cup football games, with fans only allowed to attend if they’ve traveled “sustainably” to get there. Curiously, electric cars are considered sustainable – presumably the environmental impact of mining the cobalt and lithium to power these vehicles doesn’t count.

But the implied message from the BBC is clear: ignore the contradictions, buy the Tesla, eat the bugs, shoot your dog and stop reproducing, all in the name of saving your beloved sports games.

Now, ‘Sport 2050’ doesn’t explicitly push these solutions, but it doesn’t have to. The media and system writ large use a twin-pronged strategy to force unpopular climate policy on the masses: scare the bejesus out of them with predictions from scientific ‘experts’, then offer the kind of repulsive ‘solutions’ mentioned above. You wouldn’t choose to chow down on a bowl of cicadas, but when the environmentalist elite threaten to take your sport away, well, you may just be more amenable to the idea.

Putting all that aside, just how realistic is the BBC’s depiction of 2050? Discussing the very much unsettled science of climate change would fill volumes, but based on the past predictions of so-called ‘experts’, the BBC is probably peddling pure fiction, and playing into a tradition of doomsday alarmism that would make the preachers of the Rapture proud.

Here’s four times the eco-experts got it spectacularly wrong:

‘Arctic ice will wipe out Canada’

Before ‘global warming’ was in vogue, global cooling was all the rage. According to the Chicago Tribune in 1923, Professor Herbert Gregory of Yale University told the Pan-Pacific Science Congress that Arctic ice would soon creep south, rendering Canada and much of North America uninhabitable. Gregory wasn’t even the first scientist to predict an icy apocalypse. The New York Times in 1912 cited scientific warnings of a new ice age, and all the way back in 1895 warned that “Geologists Think the World May Be Frozen Up Again.”

Nearly 100 years since Gregory’s warning, Canada very much exists, and the New York Times and its ilk have consigned the idea of a cooling planet to the memory hole.

Doctor Doom says ‘England will not exist’ by 2000

Though talk of a new ice age persisted throughout the 20th century (Time Magazine helpfully informed readers “how to survive the coming ice age” in 1977), one man played an outsized role in shifting discussion to how we’ll all boil, not freeze.

His name was Paul R. Ehrlich, a biologist and advocate for population reduction. “In the 1970s, the world will undergo famines. Hundreds of millions of people are going to starve to death in spite of any crash programs embarked upon now,” he wrote in 1968’s ‘The Population Bomb.’ On the inaugural Earth Day in 1970, Ehrlich proclaimed that “in 10 years all important animal life in the sea will be extinct.” He presumably cackled with glee as he wrote that year that four billion people would perish in the “Great Die-Off” of the mid-1980s. 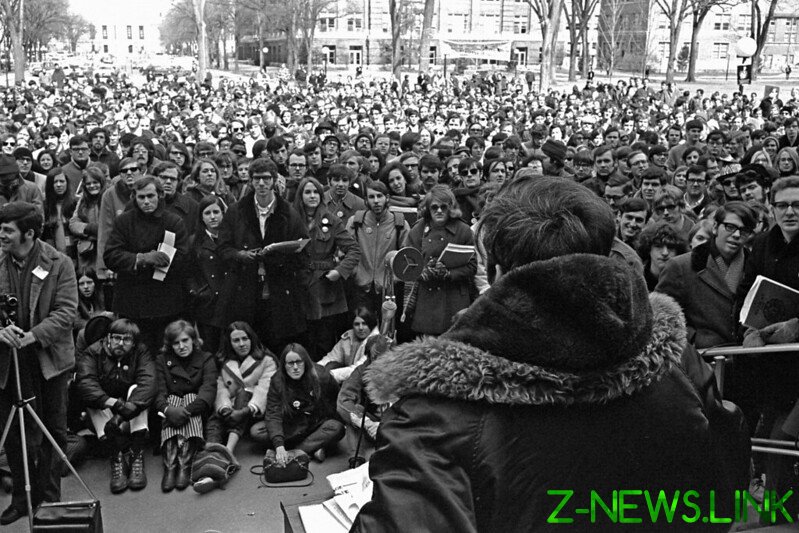 In 1971, he prophesied that “by the year 2000 the United Kingdom will be simply a small group of impoverished islands, inhabited by some 70 million hungry people… if I were a gambler, I would take even money that England will not exist in the year 2000.”

Ehrlich’s predictions make Greta Thunberg’s cries of “stolen futures” seem cheerful, and despite being repeatedly proven wrong, he’s still around, calling in 2008 on the US government to impose a China-style limit on family size and throw the most over-consuming Americans “the hell out” of the country.

Failed presidential candidate and successful climate alarmist Al Gore made environmentalism mainstream again with the release of ‘An Inconvenient Truth’ in 2006. Gore spent the next couple of years suggesting that the North Pole’s ice caps could disappear by 2013, a scenario that he warned in the movie would lead to hundreds of millions of people being made refugees.

It was never clear how Gore arrived at 2013 as his doomsday date. At a 2009 lecture in Copenhagen, he attributed it to “some of the models” studied by one researcher at the Naval Postgraduate School. After the lecture, the researcher in question disputed Gore’s claims, and Gore’s office called the date a “ballpark” one.

By 2014, the North Pole’s ice cap had grown by 1.75 million square kilometers – an area the size of Alaska. The extent of Arctic sea ice has fallen since, but is still within averages of 1981 to 2010.

Mad Max in the Midwest

Some scientists are so confident in their assessments that they don’t peer 30 years into the future. In 1990’s ‘Dead Heat’, Princeton geoscientist Michael Oppenheimer and activist Robert Boyle predicted that by 1995, the greenhouse effect would heat North America and Eurasia to such an extent that drought, crop failure and food riots would ensue.

“[By 1996] the Platte River of Nebraska would be dry, while a continent-wide black blizzard of prairie topsoil will stop traffic on interstates, strip paint from houses and shut down computers,” they wrote. 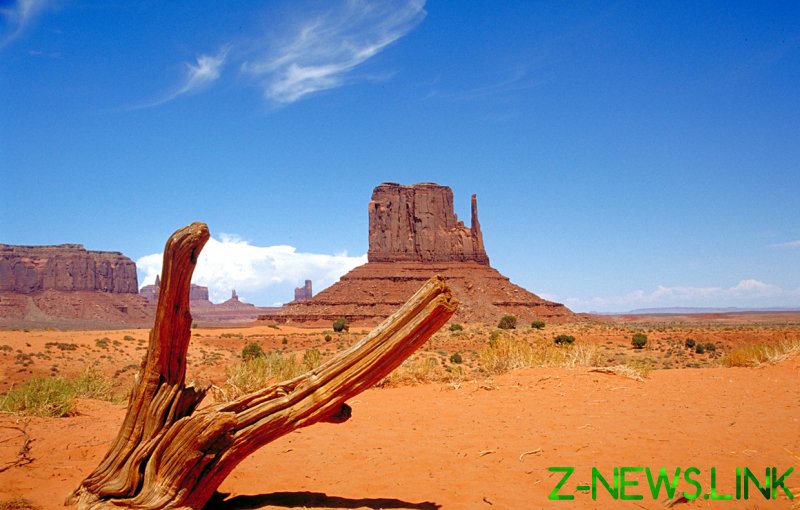 After their predictions inevitably didn’t pan out, Oppenheimer remained defiant. “On the whole I would stand by these predictions… as having at least in a general way actually come true,” he told Fox News in 2010.

They didn’t, and according to NASA, rainfall actually increased slightly during the late 20th century.

Like most millenarian preachers, the prophets of climatic doom rarely admit they were wrong. Instead they revise their predictions, set a new ‘end of the world is nigh’ date, and begin the cycle of fear anew. Representative Alexandria Ocasio-Cortez’s 2019 prediction that “the world will end in 12 years” (which she later defended as “sarcasm”), Extinction Rebellion’s warnings that “billions will die,” and Greta Thunberg’s tearful excoriations of world leaders for triggering a “mass extinction” are all built on a rich tradition of speculative climate fiction.

Except this time, people with power are listening. The scientists and activists who spoke at Earth Day in 1970 could be written off as granola-eating crusties. When ‘An Inconvenient Truth’ was released in 2006, gas-guzzling pickup trucks and SUVs were still America’s vehicles of choice.

Now, our leaders have promised to take action. Joe Biden has pledged to put the US on track for a fossil-fuel-free 2050, European leaders have vowed to ban the sale of gasoline and diesel vehicles by 2030. Carbon taxes, meat restrictions, and climate lockdowns are all being seriously discussed as policy issues.

When the conveniences you take for granted are eventually legislated away, you better hope that by some miracle, the eco-alarmists got it right this time.