Home / policy / BBC: the Nazarbayev family challenges the arrest of his property in London

BBC: the Nazarbayev family challenges the arrest of his property in London 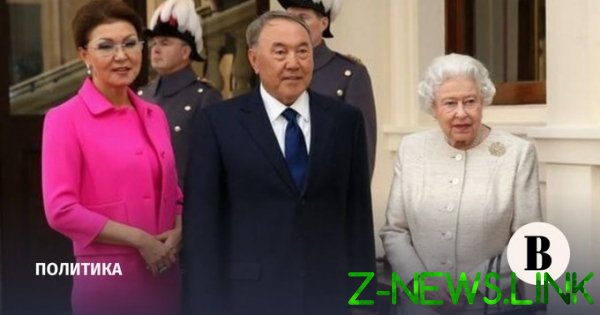 Relatives of the first President’s challenge in the High court of London arrest them belonging to the real estate – two houses and apartments. They were arrested under the law on the income of unknown origin in 2019, reports BBC citing a court hearing, which was held on Tuesday, March 10.

The owners of two houses and flats are Dariga Nazarbayev, Senate speaker of Kazakhstan and daughter of President Nursultan Nazarbayev, and her eldest son, Nurali Aliyev, with his wife Aida. Relatives of Nazarbayev challenged in the High court arrest of their property, bought 12 years ago for more than $100 million according to the BBC, the judge was allowed to call the owners of real property in public, despite objections from their side.

The property is decorated in the three offshore. Investigators of the National Agency for combating crime (NCA) believe that the house was bought from the proceeds of crime father Nurali Aliyev and the former husband of Dariga Nazarbaeva Rakhat Aliyev. A former Nazarbayev son-in-law fell into disgrace the early noughties, was convicted in absentia, arrested in Austria and was found dead in his prison cell in 2015, According to the lawyer of owners Claire Montgomery, Dariga Nazarbaeva and Rakhat Aliyev divorced in 2007, so that may not be associated with the properties purchased in 2008 At a public trial insisted NCA, the lawyer said in court.

The estate was arrested by British law “On the income of unknown origin”. If the property owners will explain the origin of the funds, then his arrest will be canceled. Otherwise, the estate confiscated and sold at auction. Its current market value substantially exceeds $100 million. This is the second time the trial of the warrant of arrest of property. The first was issued in 2018, the wife of the banker told from Azerbaijan Samira haciyeva. Her husband is condemned in the homeland for embezzlement. Hajiyev challenged the warrant, but the court rejected the objection.