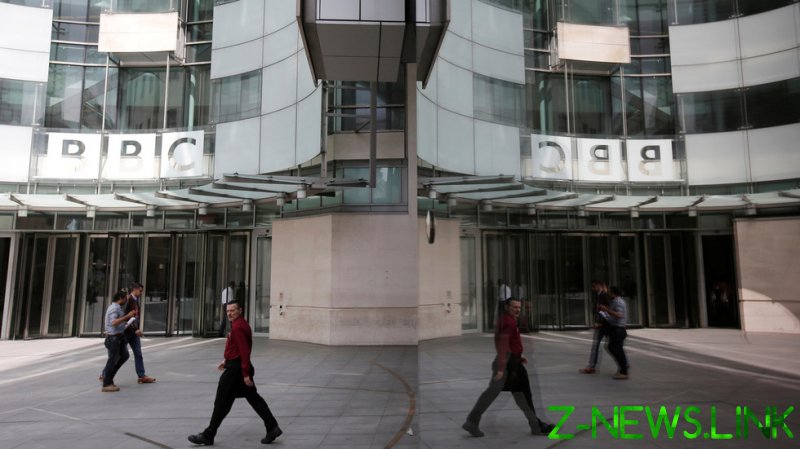 However, the newly released files reveal BBCMA also offered to lead a dedicated FCDO program, named ‘Independent Media in Eastern Partnership Countries’ and targeted at Georgia, Moldova, and Ukraine. This endeavor forms part of a wider £100 million ($138.9 million) effort waged by London to demonize, destabilize and isolate Russia, at home and abroad.

A Whitehall tender indicates that under the auspices of the project, set to cost a staggering £9 million ($12.5 million) from 2018 to 2021, participating contractors are charged with crafting “innovative… media interventions” targeting individuals throughout the region, via “radio, independent social media channels, and traditional outlets.”

He made it clear that the effort’s ultimate goal was to “weaken the Russian state’s influence,” via the co-option of journalists and media organizations in target countries via funding, training, and surreptitious production of anti-Russian, pro-Western content. “Girls on HBO… but in Ukraine” was, bizarrely, one suggested example of such activity.

The project was to be managed and coordinated directly by BBCMA from BBC Broadcasting House headquarters in London, with local support provided by Reuters newswire offices in Kiev and Tbilisi, and Ukraine’s Independent Association of Broadcasters.

A dedicated board, comprised of representatives of the contractors involved, the FCDO’s CDMD program, and British embassies in the target countries, would also meet privately every quarter to discuss the operation’s progress. Publicly, Whitehall’s funding and direction of the vast project was intended to be completely hidden.

The consortium boasted of having an existing “strong profile” in Eastern Partnership countries, and conducting “broad consultations” with a number of major news outlets, media organizations and journalists in the region in advance of its pitch.

For example, the National Public Broadcasting Company of Ukraine (UA:PBC) had been approached and offered “essential support,” aimed at “improving its existing programs” and “developing new and innovative formats for factual and non-news programs.”

BBCMA was moreover said to be “already” working on building the capacity of Kiev-based Hromadske TV, and wished to use the FCDO program to extend this assistance to “co-productions” and “building support to Hromadske Radio.”

Launched with initial funding from the American and Dutch embassies in Ukraine, Hromadske began broadcasting in November 2013 on the very day Viktor Yanukovich’s administration suspended preparations for the signing of an association agreement with the European Union, and went on to extensively cover the resultant Euromaidan protests, which eventually unseated the government the next year.

It subsequently received support from Pierre Omidyar, billionaire founder of The Intercept, who bankrolled a number of opposition groups in the country prior to the coup. In July 2014, Hromadske anchor Danylo Yanevsky abruptly terminated an interview with a Human Rights Watch representative after she consistently refused to blame Russia for civilian casualties in the Donbas conflict, despite his repeated demands.

Beyond dedicated news platforms, the consortium also pledged to enlist “local” and “hyperlocal” media outlets, as well as “freelancer journalists,” bloggers and “vloggers” for its information warfare efforts.

BBCMA argued “journalism education” locally would be a “long-term investment” – in other words, the identification, cultivation, and grooming of a network of reporters in the countries who could be relied upon to take the Whitehall line in future.

As such, the organization sought to establish a journalism training center in Gagauzia, Moldova in collaboration with NGO Media birlii – Uniunia. The autonomous region, bordered by Ukraine’s Odessa Oblast, was said to be home to “six TV companies, four radio stations, six newspapers and five web portals” potentially ripe for influence and infiltration by BBCMA – and in turn, the FCDO.

In Georgia, BBCMA visited the offices of Adjara TV“to discuss training priorities and possible co-productions.” The station was reportedly interested in developing “youth programming,” which represented “a gap in the market” in the country.

Strikingly, the Coalition is funded by US regime-change agency, the National Endowment for Democracy, which supports numerous anti-Moscow initiatives worldwide. Perhaps Glonti had been too well-trained in “weakening the Russian state” for the broadcaster’s liking.

Estonia’s Digital Communications Network – financed by the US State Department – would be central to these efforts, offering lessons in “building online audiences, innovative business models and reaching out to breakaway regions susceptible to Kremlin narratives.”

The importance of “target audiences in breakaway regions” is outlined in another file, which explicitly states that the consortium would work closely with “independent outlets in proximity of non-government-controlled areas of Donbas in Ukraine, Transnistria in Moldova and Abkhazia and South Ossetia in Georgia.”

This undertaking aimed to counter the output of “separatist” media, and thus manipulate “hard-to-reach audiences,” which was “critical to achieving the project’s objectives.”

Any and all support covertly provided under the program was to be thoroughly intimate indeed, with “mentors” from the consortium “embedded” in target organizations, in order to provide “bespoke support across editorial, production and wider management systems and processes as well as on the co-production of content.”

These “mentors” include current and former BBC journalists.

“Our ability to recruit talented and experienced BBC staff is a great asset which will be harnessed for this initiative,” BBCMA promised.

These individuals may have been central to program efforts, if BBCMA’s pitch to the FCDO was accepted. For instance, UA:PBC was said to be “very interested” in receiving help from BBCMA to develop a “new debate show” and “discussion programming” to “enable audiences to think critically about the process and choices,” “counter disinformation” and “dispel rumors.”

Lofty objectives indeed, although commitments to nurturing analytical skills, thinking and debunking propaganda ring rather hollow when one considers the station’s output was perceived to be so overwhelmingly biased in favor of the government, opposition candidate Volodymyr Zelensky boycotted the channel’s official election debate during the 2019 presidential election.

BBCMA also proposed to establish an “independent” news platform in Ukraine, “timed for the run up to the 2019 election,” which would publish “vetted news content” freely syndicated to local and national media.

If the approach in Kiev was “successful,” the consortium would replicate the exercise in Georgia for the country’s 2020 election. Strikingly, the proposal brags of TRF’s experience establishing such platforms elsewhere, for example “the award-winning Aswat Masriya” in Egypt.

Other leaked files indicate the endeavor, founded after the 2011 revolution in Cairo, was secretly funded by the FCDO to the tune of £2 million ($2.8 million) over six years, and run out of Reuters’ Egyptian offices.

Over its lifespan, Aswat Masriya “became Egypt’s leading independent local media organization” and one of the most-visited websites in the country, providing news in English and Arabic, which was syndicated widely the world over. Its true, clandestine purpose seems to have been granting London a degree of narrative control over news coverage as events unfolded in the country, during its difficult and ultimately ill-fated transition to democracy.

That BBCMA likewise intended to use news coverage to influence politics in Eastern Partnership countries is amply underlined in the newly leaked files, with the organization pledging to “encourage” local news outlets to meet with “local stakeholders,” including lawmakers and community leaders, in order to “cement the media as a key governance actor.”

The organization furthermore sought to “foster a debate” in target nations, by producing wide-ranging analysis of the media environment therein. Its “long track record” of comparable efforts in “diverse” countries, including those “experiencing Arab uprisings,” had allegedly “shifted government policy.”

One objective of these lobbying efforts was achieving “a more enabling operating environment” for “independent” media in the target countries – i.e. ensuring regulations in the region were suitably conducive to and protective of the FCDO’s secret army of information warfare agents, to allow them to prosper for the duration of the consortium’s three-year offensive, and “post intervention.”

It’s not yet clear if BBCMA was successful in its pitch, and if so, which BBC journalists contributed to the program and as a result are implicated directly in cloak-and-dagger attempts to shape politics and perceptions in Georgia, Moldova, and Ukraine for London’s benefit.

It’s also unknown whether their commitment to fulfilling the FCDO’s objective of undermining Moscow, and furthering Whitehall’s interests, truly ends when they return to their day jobs as “objective,” “neutral” purveyors of news.

As BBCMA boasts in its pitch, the BBC is “well-known and highly regarded” in the Eastern Partnership countries, and provides “millions of viewers, listeners and online users in the region with world-class news on a daily basis.” At the very least, the leaked files make clear that neither the British state broadcaster, nor its FCDO paymasters, has any qualms about exploiting that standing and perceived credibility for malign ends.