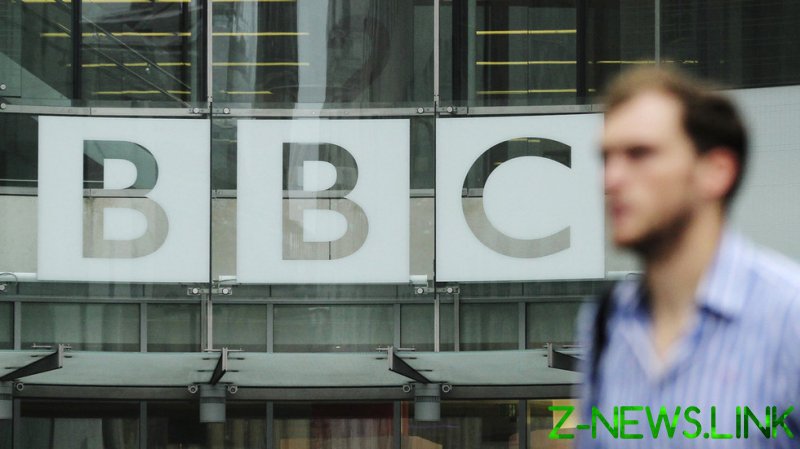 According to the job advert, the one-year traineeship offers £17,810 ($24,643) for a production management assistant role with the broadcaster’s Science Unit in Glasgow.

The successful candidate – described as having a “desire to build a career in the TV industry and a demonstrable interest in BBC Studios” – will get to work on a number of popular programmes, including ‘The One Show’ and ‘The Truth About’ series.

The ad is listed online under a “Positive Action Scheme” designation by Creative Access, a non-profit recruiting company that facilitates entry into creative industries for groups from “under-represented” communities, like ethnic minorities, the disabled and disadvantaged socio-economic backgrounds.

Recently, a vacancy for a trainee researcher at the broadcaster’s Natural History Unit in Britsol was also in the news for similarly excluding white candidates.

While the BBC would not reveal the number of training roles similarly advertised to black, Asian and ethnic minorities (BAME), an unnamed spokesman told The Daily Mail that the scheme was “fully in line with the Equality Act.”

“The BBC is a welcoming, inclusive organisation committed to representing and reflecting our audiences,” the spokesman said.

Under the UK’s Equality Act (2010), positive discrimination is unlawful, but “positive action” is permitted for professional development jobs, like trainee schemes and internships, in industries and sectors where BAME groups are under-represented.

Earlier in the year, the BBC published its new ‘Diversity And Inclusion Plan’ (D&I), in which it commits to a “50:20:12” target framework that ensures its workforce is 50% women, 20% BAME groups and 12% disabled. This, the corporation claims, will “better reflect” its audiences.

To reach those targets over the next three to five years, the plan notes, there will have to be a “radical process of transformation within each of the BBC’s divisions, introducing bold, long-lasting initiatives and structural changes.”

Among the initiatives the plan lists include a “significant expansion” of entry-level apprenticeships, opportunities to retain and develop ‘mid-career level’ employees and investing in a yearly leadership programme for under-represented groups.

Around 18% of the BBC’s top earners reportedly come from BAME backgrounds – marking a six-percent rise over the past four years.

“We must – from top to bottom – represent the audiences we serve. This plan will ensure we are a modern, progressive, welcoming organisation where… background is no barrier,” BBC director-general Tim Davie had said when launching the D&I plan.

However, a number of social media users countered that ability and not racial background ought to be the deciding criterion used to judge a candidate’s suitability.

One person noted that “institutional racism” was the “residual effect of deliberate racism,” reasoning that offering such opportunities only deepens the perception that a person of colour was employed on the basis of race and not merit.

“Can anyone explain the difference between ‘positive discrimination’ and ‘positive action’? Because to me they both just look like good old ‘discrimination’. In the case of this BBC job ad, ‘racial discrimination, aka RACISM!” another person tweeted.

Former Member of European Parliament Andrew Kerr said he would “support the defunding of the BBC” if it did not stop this “appalling racism and discrimination.”

A number of users echoed that sentiment, with many calling for a “boycott” of the BBC.

But some users defended the BBC with one person noting that “positive discrimination” has been practiced in “all manner of situations where a certain group was under-represented.”