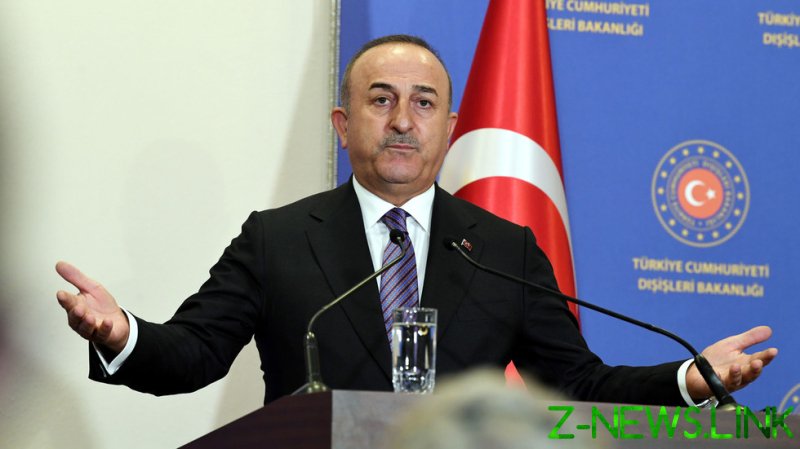 Russia and Ukraine will inevitably have to sit down at the negotiating table to resolve the ongoing conflict, Türkiye’s Foreign Minister Mevlut Cavusoglu told a conference on Wednesday. Military action won’t bring about its end and will only prolong the hostilities, he added.

“One way or another, this war will end at the [negotiating] table,” the minister told an audience at Bilkent University in Ankara. “We do not think that it will end through military gains on the ground,” he added, warning of a “risk of war that could last for decades.”

According to Cavusoglu, Russia and Ukraine were already “very close to a ceasefire” during talks in Istanbul in spring before “moving away” from the negotiating table. The two sides haven’t sat down to negotiate since talks in Istanbul in late March. Moscow was initially optimistic about the prospects for a peace deal but later accused Kiev of torpedoing the talks.

Since that time, Moscow has repeatedly signaled its readiness for negotiations, while Kiev has sent mixed signals. Ukrainian President Vladimir Zelensky said earlier that his nation had not “closed the door” on such talks but rolled out a set of conditions, ranging from the return of territory claimed by Kiev, to financial reparations from Moscow. Russia called such terms “unrealistic.”

The reality has since become “more complex,” Cavusoglu admitted, and Türkiye would still need to make efforts to push for a diplomatic solution.

“Being a NATO nation does not mean that we cannot [hold meetings] with Russia or other countries,” Cavusoglu explained, adding that Türkiye needs to “keep balance” in this field. The Foreign Minister also called the modern era an “age of uncertainty,” adding that a “unipolar system” that started to emerge after the collapse of the Soviet Union proved to be short-lived.

The unipolar system “quickly” shifted towards multipolarity, the minister said, adding that the world is “still searching for a system identity.”