Home / WORLD / Battle over critical race theory may end up leading the US to civil war. Privatizing all schools is a solution

Battle over critical race theory may end up leading the US to civil war. Privatizing all schools is a solution 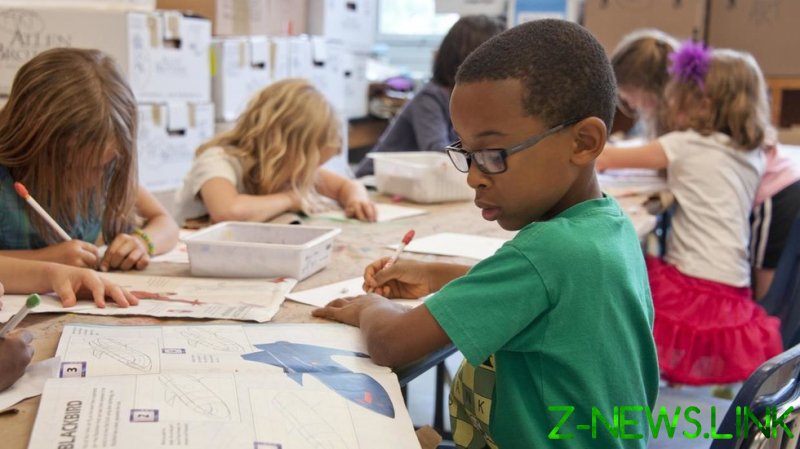 Some parents maintain that the US is a racist country and if it has any chance whatsoever of turning this around, CRT must be part of our educational system. Merely avoiding the subject is itself racist they aver, and that should not be tolerated.

Others, equally adamant, take the opposite position. In their perspective, CRT is itself racist; it takes on the key aspects of communism to boot. Over their dead bodies should their precious young children be subjected to such an evil abomination, they say.

My own viewpoint is the latter. However, I am not now concerned with the substantive merits of CRT, one way or the other. Instead, I approach this issue with the goal of reducing tensions. I want to point to a compromise.

After all, do we not have enough political and cultural polarity at present? There was a time when actual friendships across the political aisle could take place. Ronald Reagan and Tip O’Neill could share a drink in the evening after a hard day’s work disagreeing over policy. That epoch is no more. How can we bring it back, at least in the educational field, regarding the teaching of CRT?

It is simple. Privatize the schools, all of them. Then, each side can be accommodated. Will this stop all of the infighting? No. Both sides will still want to impose their desiderata on the other. But at least it will reduce tensions. No man of good will can want a civil war to take place in this country and that is where we might be headed if tensions are not reduced.

It is the same with regard to divisive educational issues of lesser import: Should children all wear school uniforms? Should they be required to partake of the Pledge of Allegiance; sing the Star Spangled Banner? At what age should sports teams be inaugurated? Should sororities and fraternities be welcomed in high schools? There are not totally unreasonable arguments on both sides of all these and other such issues. The only way everyone can be accommodated is with an all-private school system.

After all, this is precisely the institution we employ in virtually all other walks of life. Vegans can have groceries and restaurants devoted to their particular desires. They are not compelled to adhere to unwanted culinary decisions. There are numerous religions; no one is forced to attend religious services not to their tastes. Imagine if there were one state religion to which everyone had to adhere; that would be the analog of public education.

One objection that might be launched at the present proposal is, How would the poor avail themselves of schooling for their children? Well, the poverty stricken are nowadays replete with air conditioning, television sets, computers. Their problem is more obesity than starvation. The case for private schooling can be made independently of all other such considerations.

Public schools were initially instituted as an attack on Catholics. In the late nineteenth century, many immigrants came from Italy, Ireland and other such countries where this religion was prevalent. The fear was that the allegiance of these newcomers would remain with the Pope. The powers that be were not dominant enough to stop this immigration, nor to prevent Catholic schools from being started. But they were influential enough to offer “free” public education, forcing those who wanted a religious education for their children to pay twice over: once in the form of taxation, the other in terms of school fees.

The social fabric at present is in a state of serious disrepair. If we want to move in a different direction, we could do far worse than to start with a movement to privatize the schools. Then CRT will take care of itself; no one will be outraged about it, on either side.