Home / Movie / Battle of the psychics: review of the novel “Doctor Sleep” by Stephen king

Battle of the psychics: review of the novel “Doctor Sleep” by Stephen king

Once escaped a terrible death at the hotel the overlook, Danny TORRANCE has grown up now he is just Dan, who suffers from a drinking problem and tried to use their “glow” for a noble cause, helping patients to hospice. But relatively peaceful life ends, when the call for help it refers to the young Abra stone, the girl is “playing” in times stronger than Dan, so she declares hunting a group of vampires who call themselves the “True Knot”. And the leader of the group, ruthless rose-in-the-Hat, ready to get his prey at any cost.

The idea of continue such a tight fit into the history of action literature of the brilliant horror film “the Shining” was initially rather dubious. But like many other ideas for works, it is too strongly ingrained in the minds of Stephen king and would not let him up until he uploaded it as text.

No, the level of “Radiance” from the “Doctor” is not worth waiting (and indeed this level from whom little should be expected). It’s not a horror novel – a pair of pretty creepy moments in store only at the very beginning of the piece, but they are used solely for the purpose of a smooth transition to the story more “fantastic” than “terrible” plan. There is a place and a convincing evolution of character, and hypnotic sequence of events of the plot, and the answers to many questions.

See also:  Unique footage of a night battle in the industrial area of the Town. Video

King in every sense of back to basics – not only in terms of the use of long-familiar characters and locations, whether it be Danny TORRANCE or the overlook, but also in terms of the spirit of writing. The novel is episodic raises in my mind the Association with the best works of the writer: from “the Green mile” (the work of Dan in hospice), then the”Wolves of the Calla” (the ambush shooting), then the”Catcher” (not once used such a concept as “the memory warehouse”), then “Carrie” (telekinetic talents Abra). Despite widespread complaints of critics, the book absolutely no water – not a single superfluous paragraph. Every word works for the narrative, each scene in varying degrees, reveals character, whether main character or third-rate kind of the curator of Alcoholics Anonymous, meetings which attends Dan. And even references in the novel are just wonderful – king a couple of times subtly mentioned characters and locations from the “Country Christmas”, a great horror of his son, Joe hill, and in the end used unexpected and very cool twist associated with “the Shining”, which I wanted to loudly clap their hands.

See also:  The network got the promo footage of the new "Avengers"

But back to the characters. As usual the King of Horror with them, no misses. The main trio – Dan, Abra, rose the Hat, is drawn quite clearly and subtly to seem real. They can hate, they can sympathize with all the choice of the reader, no straightforward distinction into “good” and “bad”. In addition, switching from one character to another, king again uses his wonderful reception from the same “Radiance” – breaks the story at the dreamiest place in the “built-in” episode read avidly and as quickly as possible. But such tense moments in the book abound, although it doesn’t keep the Foundation alone suspense, perfectly calm using more abstract themes for the disclosure of the actors.

“Doctor Sleep” is unexpectedly dignified and proper sequel to the iconic story begun in the Shining. Not without minor failures like the controversial climax (this part is quite often slack in the later works of the king) but overall a fascinating and exciting book well worth a read. 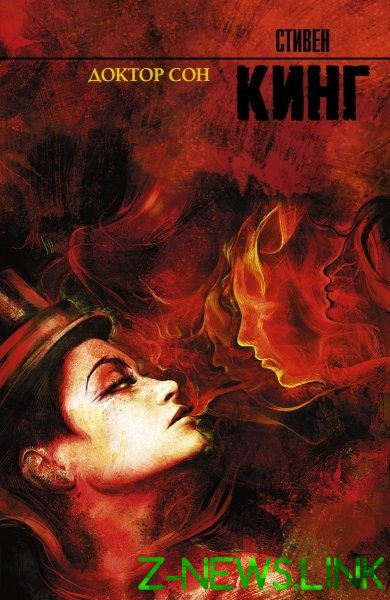