Home / Video news / Battle of the Mustache and Gassieva: the best epic moments of the match. Video

Battle of the Mustache and Gassieva: the best epic moments of the match. Video 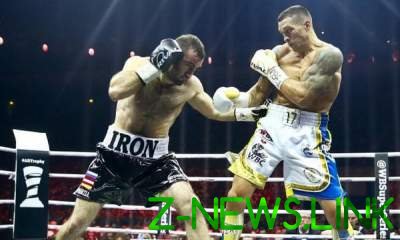 The best moments victorious battle Mustache and Gassieva collected in one video.

Ukrainian boxer Alexander Usik, who is 12-rounds match of the Moscow defeated the Russians Murat Gassieva, was better than his opponent and tactically, and physically.

This can be understood after watching numerous videos of the final fight World Boxing Super Series (WBSS), which awarded four belts of the first heavy weight category WBC, WBO, WBA and IBF, and also the prize Ring magazine and the trophy Muhammad Ali.

In the beginning of the fight the owner of the ring tried to control his center, but quickly lost the initiative of the Ukrainian guest. 24-year-old Russian boxer Gassiev, who was preparing for battle with the Mexican trainer, Abel Sanchez, has an excellent knockout blow, but he was never able to use his trump card. Instead, he had vengeance to use his second advantage – the ability to take numerous blows.

See also:  In Zaporozhye the judge beat up a man in a courtroom in front of the police. Video

Rare answers of Russians left in the liver, which are so effective against fighters in the left rack, and a few jabs, which were thrown Gassiev, did not become a surprise for Moustache.

31-year-old Ukrainian boxer, which is to match trained by the best coach in 2017 Anatoly Lomachenko confidently controlled the match. On weighing the Tendril showed the lightest weight for the last year, he moved a lot and did not let korotkoruchko opponent at a comfortable distance, throwing lots of slack, but dangerous strikes.

Not giving the opponent to prepare an attack, the Tendril constantly changing the distance, holding an uncomfortable foot, throwing a series of a series and not giving Gassieva to concentrate.

See also:  The destruction of the resort infrastructure of the occupied Crimea. Video

“I can not adapt, BL.d” – this phrase Gassieva, snatched the camera in one of the breaks, was the best summary of the speech of the Russian boxer.

Before the final round, the fans stopped, because younger and more hungry of victories Gassieva this round was the only opportunity to change the course so emerging unsuccessful match, but the Russians failed to get to preserve the freshness of the Mustache, which answered him and the fans mocking dance, showing excellent footwork in front of the Gong.

The fight lasted all 12 rounds and the Ukrainian boxer won on points. The judges unanimously recognized the victory of the Mustache: 120:108, 119:109, 119:109 in favor of Ukrainian. After the battle, Barbel and Gassiev hugged each other.