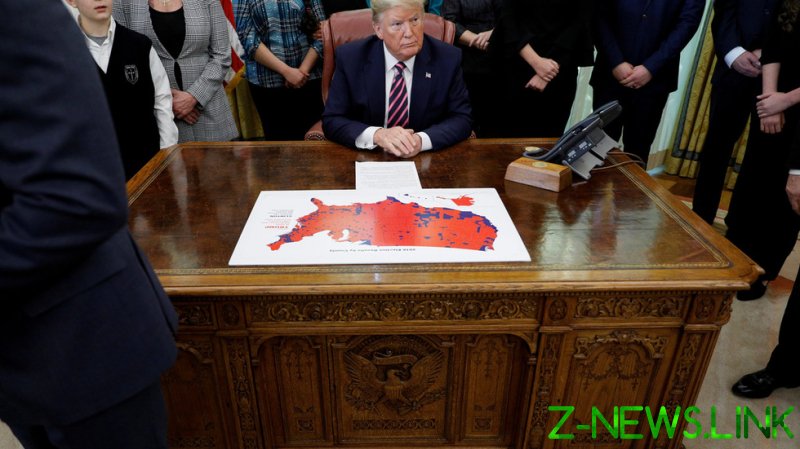 There was a flurry of activity on the US Supreme Court docket 22O155 on Thursday, as Michigan, Georgia, Pennsylvania and Wisconsin responded to the Texas complaint, Ohio filed a puzzling brief ostensibly backing neither side, a number of lawmakers also sought to join the case, all before the Democrat-led jurisdictions filed their own amici curiae brief.

Texas Attorney General Ken Paxton has asked the court to block the seating of electors from the four swing states, arguing that they usurped the authority the Constitution gives legislators to change the election rules and make them vulnerable to fraud. President Donald Trump, who seeks to join the Texas lawsuit himself, has complained the states improperly declared Democrat Joe Biden the winner.

The Democrat amici argued that “state courts and local actors” should be able to “interpret and implement state election law” as the states need “sovereign ability to safely and securely accommodate voters in light of emergencies such as [Covid]-19.”

What Texas wants would “upend states’ systems of government” they argued, adding that their “experiences with safe and secure methods of voting by mail” will explain why the case should be denied.

So far, a total of 18 Republican-led states have filed amicus briefs to support Texas. On Thursday, six of them – Missouri, Arkansas, Louisiana, Mississippi, South Carolina and Utah – have asked to “intervene,” that is join the case directly.

Caught in the middle of this legal war between the states was an odd motion by Ohio AG Dave Yost, a Republican. Officially “in support of neither party,” Yost actually argued that the Texas case should be thrown out, but that the nine Justice should “issue a decision on the meaning of the Electors Clause at the earliest available opportunity.”

As Arizona filed a separate amicus brief in support of Texas later on Wednesday, for much of the day the US mainstream media spoke of “17 states” involved in the dispute. To no one’s surprise, angry Democrats drove Twitter trends such as #SeditiousSeventeen, denouncing the plaintiffs for wanting to “overturn” the election and stoking the next “civil war.”

Only the lawyers have been fighting this “war,” so far. For what it’s worth, the country appears to be as divided as it was in 1861-65, when eleven states tried to secede over Abraham Lincoln’s election. As of Thursday, only six US states have not officially weighed in on the dispute: Alaska, Idaho, Indiana, Kentucky, New Hampshire and Wyoming.

Texas has asked the Supreme Court to expedite the proceedings and hear the case as soon as Friday, December 11, saying that if no action is taken the four states will seat electors “based on unconstitutional and deeply uncertain” results, which if validated will taint this election and future ones.