Home / WORLD / Battle for the galaxy: New paper reveals how UK is making extensive plans for war in space

Battle for the galaxy: New paper reveals how UK is making extensive plans for war in space 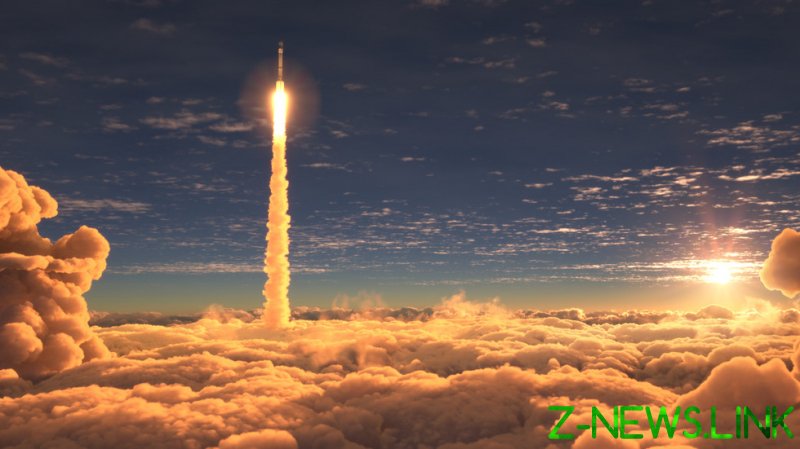 On March 22, the UK government published its Defence Command Paper 2021, a 76-page document offering further clarity on the previous week’s Integrated Review, which outlined London’s grand vision for its “role in the world over the next decade” in respect of military and intelligence capabilities and operations.

Strikingly, it contained dozens of references to space in a military context. The heavens were said to be of growing significance as an operational and “warfighting” domain – a dedicated section describing Whitehall’s plans to secure dominance in the sphere.

“Space, and our assured access to it, is fundamental to military operations. Loss of, or disruption to, the space domain could severely impact our ability to undertake most defence tasks,” it read. “We must develop military, civilian and commercial capabilities that are resilient to and protected from space threats. We must also help shape an international environment of behaviours and operating norms that deters adversaries.”

As a result, by 2030, the UK intends to have “the ability to monitor, protect and defend” its interests “in and through space”. In support of this grand ambition, over the next 10 years, a total of £5 billion will be invested in Skynet, the Ministry of Defence (MoD) network of military communications satellites, which supports the highly controversial Five Eyes global spying apparatus.

Moreover, £1.4 billion will be spent establishing a dedicated space command “to enhance the UK’s military … control of the space domain”, launch a National Space Operations Centre, develop an “intelligence, surveillance and reconnaissance satellite constellation”, and create a “Space Academy” to train the country’s new army of “space specialists”.

London’s interest in the cosmos’ martial potential was first publicly confirmed in May 2020, when Sir Stephen Lovegrove – then-MoD Permanent Secretary, today principal adviser to the prime minister on all national security issues – told a parliamentary committee that space was “now recognised as a warfighting domain.”

He also called for space to be included in the UK’s controversialFusion Doctrine – a merging of all government “levers” in order to secure Whitehall’s economic, security and influence goals in all matters.

Accordingly, the Defence Command Paper states that UK military and intelligence capabilities will from now on be fully integrated across “space, cyberspace, maritime, land and air”.

In August last year, it was announced that a Royal Air Force (RAF) corporal had become the first individual from an overseas nation to qualify as an orbital analyst with US Space Command, having received three months’ training at California’s Space Defense Operations Center.

Others likely followed in the corporal’s footsteps, given Air Commodore Paul Godfrey, a 30-year veteran RAF fighter pilot, was named in February as the inaugural commander of UK Space Command, the new entity outlined in the Defence Command Paper.

An accompanying biography noted Godfrey was most recently responsible within the US Air Force Combined Air and Space Operations Centre for the planning and deployment of coalition air and space power across the Middle East. Which countries in the region were bombed during his tenure wasn’t stated.

Whatever the truth of the matter, UK investment in offensive space technology dates back even further. In April 2019, a mysterious aircraft crash-landed in the West Australian outback. Within days, it was revealed to be a state-of-the-art experimental solar-powered surveillance drone, produced by aerospace firm Airbus for the MoD. The craft, which has a 25m wingspan, is capable of flying unmanned at a height of over 65,000 feet – twice the altitude of a commercial airliner, at the very edge of space.

Somewhat dubiously, though, throughout his foreword, Wallace consistently frames UK investment in space-combat capacity as inherently defensive in nature. For instance, “adversary” states, such as China and Russia, are said to boast anti-satellite weapons, which allegedly represent just one component of “a full spectrum of threats” that “space-enabled operations will need to counter”.

There’s no doubt Beijing and Moscow have both invested heavily in such resources in recent years, although these efforts are entirely unsurprising, given developments elsewhere.

In 1997, US Space Command published its Vision for 2020, which forecast that space power would evolve into a “medium of warfare” during “the early portion of the 21st century”. As a result, Washington being able to “control” and “dominate” space in order to “deny other nations access”, was considered a top priority.

Ever since, space has featured prominently in US military planning documents, with suggestions therein often informing practical action. For example, under Barack Obama, the Pentagon escalated deployments of missile defence systems encircling Russia and China – key elements in ‘first-strike’ attack planning, and well placed to strike ground stations that communicate with orbiting military satellites, the primary targets in any future space war.

In March 2018, then-President Donald Trump went to the extent of mooting a dedicated ‘space force’. It was ridiculed in some quarters, but then-Assistant Secretary of Defense for Homeland Defense and Global Security Kenneth Rapuano subsequently confirmed that an “assessment of [a] space corps” was “getting close attention”.

The 2019 National Defense Authorization Act – signed into law in August 2018 – also featured repeated references to “space warfighting operations”, and plans to create a “unified command for space” under US Strategic Command.

In the intervening years, China and Russia repeatedly presented draft treaties to the United Nations calling for a ban on the deployment of conventional weapons in space, and a prohibition on the use of force in and from space, and threats of use of force against spacecraft. Despite being supported by an overwhelming number of UN member states, the pair’s proposals were consistently rebuffed by Washington.

The UK’s updated defence priorities are perhaps best understood, then, as the country’s own contribution to this determined push to transform space into a dangerous battleground. This trend is particularly disquieting, given that, by Ben Wallace’s own admission, there is “limited international agreement on norms and conventions” relating to the regulation of space technology, combined with “a lack of ethical standards to encourage their responsible use”.

While negligible and vague mention is made of London’s commitment to shaping “responsible behaviour” in space, and the “development and deployment of [space] technology based on democratic values”, detail as to what this would actually entail and how it would be achieved, is unforthcoming. A cynic might suggest that, in fact, Whitehall intends to exploit these regulatory and moral shortfalls to its own malign advantage.