Home / Game / Based on the game Saints Row movie

Based on the game Saints Row movie 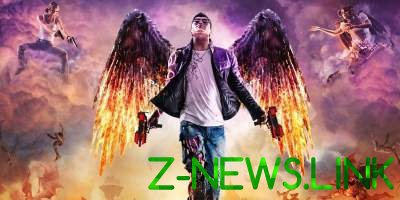 Rumors about the film based on the Saints Row go since 2009, and now gamers have received official confirmation.

According to Deadline, the film adaptation of “the Saints of streets” will take on Felix Gary gray, who has already directed “Men in black international”, “Friday” and “fast and furious” 8.

In a chair planted screenwriter Greg Russo, who already took the restart Mortal Kombat and Resident Evil, but still not remember his own work. For the creation of film take Studio Fenix Studios and Koch Media will help and Occupant Entertainment. Release date is unknown.

For the first time on adaptation of Saints Row spoke with rapper 50 Cent before the release of the game Blood in the Sand, in which the artist became the hero. The actor said that he wanted to make a film based on “the Saints of streets” and even received the approval of THQ, which soon went bankrupt and lost the rights to the franchise. After the revival in the face of THQ Nordic company bought back their games, including Saints Row, and, it seems, decided to implement it.

Also recall that Deep Silver and Volition, the Studio has released a trailer for the remastered Saints Row: The Third for Nintendo Switch. The game will be released may 10 and will receive all published supplements, as well as support online and local co-op.