Home / WORLD / Based Nigeria: African country teaches US lesson in how to handle Big Tech tyranny

Based Nigeria: African country teaches US lesson in how to handle Big Tech tyranny 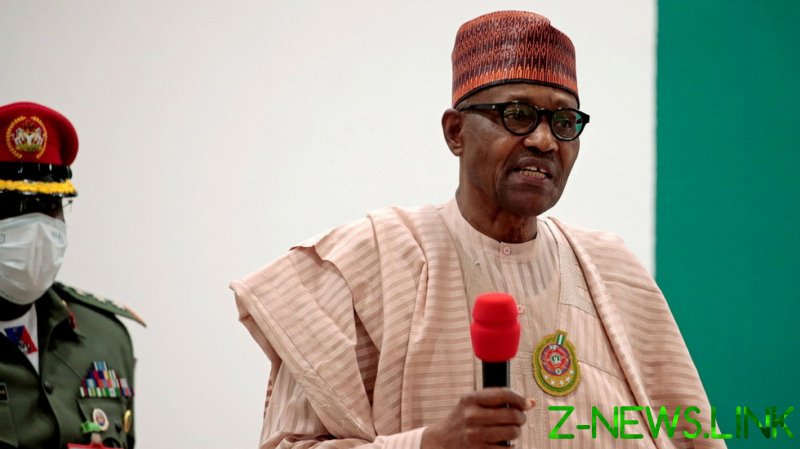 The government in Abuja announced on Friday it had “indefinitely suspended” the US-based platform, following Twitter’s censorship of Buhari. The move was made because of “the persistent use of the platform for activities that are capable of undermining Nigeria’s corporate existence,” said Information Minister Lai Mohammed.

Nigeria’s TV and press regulator, the National Broadcasting Commission (NBC), will also start the process of “licensing” all social media platforms in the country, the government said. In a twist of irony, the decision was announced on Twitter. Also, the ban doesn’t appear to have gone into effect just yet, and Nigerians are reportedly flocking to virtual private networks to circumvent it.

The Nigerian government also missed an easy opportunity to clobber Twitter with its own wokeness cudgel and accuse CEO Jack Dorsey of being racist and Islamophobic – considering Buhari is both African and Muslim.

All that aside, however, Abuja’s response stands in stark contrast to that of official Washington from a year ago, when Twitter censored then-US President Donald Trump – and then the White House account – citing the same pretext of “glorifying violence” or “threatening harm” to individuals or groups. Trump responded by signing an executive order intended to crack down on social media censorship… and nothing happened.

The career bureaucrats in DC simply ignored the president’s orders and stood by while Twitter, Facebook and YouTube helped ‘fortify’ the 2020 elections in favor of Democrat Joe Biden – who revoked Trump’s order last month, without bothering to offer an explanation.

Trump’s toothless response to censorship eventually led to Twitter banning his account after the January 6 Capitol riot – while he was still the sitting president – and the other Big Tech platforms following suit. Not only is he banned from having an account, but others interviewing him will get censored for daring to broadcast his “voice.”

Yet most of the US media and civil libertarian groups see nothing wrong with this, and are even arguing that such censorship – using corporations as proxies for the government – isn’t violating the First Amendment.

By contrast, it took Nigeria two days to respond to Twitter’s censorship of its president with a ban on the platform. It may only amount to a symbolic gesture, but it sends a clear message to San Francisco that this kind of behavior by Big Tech will not be tolerated.

Buhari’s critics have argued that the ban is “not in keeping with democracy, the rule of law, and the independence of the media.” But Twitter’s censorship is? Who’s in charge here, an elected government of a sovereign country, or a corporation on the other side of the world? That’s really the question here.

Because the American civil war ended in 1865, and long passed out of living memory, Biden may be able to get away with pseudo-historical narratives comparing the Capitol riot to it. Nigeria’s civil war against the Biafran separatists ended in 1970, and claimed more lives. So when Buhari warns those currently “misbehaving” that its veterans will treat them “in the language they understand,” that is indeed a threat – to separatists.

When it censored Trump on the same grounds a year ago, Twitter had posted messages in support of Black Lives Matter, making its politics abundantly clear. The Nigerian government looked at the company banning Buhari but not the current Biafran leader, and concluded that Twitter supported separatists. No government can tolerate that and survive for long, any more than having corporations dictate the terms of their politics – as Trump’s own experience clearly showed.