Home / Video news / Baseball player shied away from the ball, repeating the movement from the Matrix. Video

Baseball player shied away from the ball, repeating the movement from the Matrix. Video 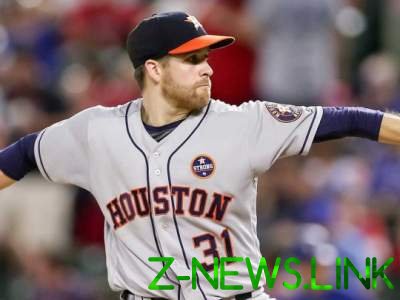 The athlete has demonstrated excellent response.

In sports, often there are moments when someone was too close to painful failure. It would seem that terrible can happen in baseball? And just imagine the speed with which the ball is able to fly into something soft and sensitive part of the body.

Such is the fate of escaped American pitcher Collin McHugh from the team “Houston Astros” on the game of Major League baseball.

As required by the rules of the game, he just gave the ball but a player from the opposing team – the “Oakland athletics” – that repulsed him the ball at a rapid speed, flew in the face of poor Collin.

Only a higher power, excellent physical preparation and luck helped the boy to Dodge in the face of the ball, like Neo from the bullets. The video immediately got into the Network, and the users of Twitter were able to get past the obvious similarities and obvious comparison. Well, I began to jest.

“Yes, he is the chosen one!”, “He just remembers that there is no spoon”, “And the Commission knows that your club manages the reality?” “Simply incredible!” – wrote readers microblog.

But anyway, in that game the team the “Houston Astros” was the winner with 9:1 and has gained enormous popularity and approval in the Network after a crazy performance of his pitcher.