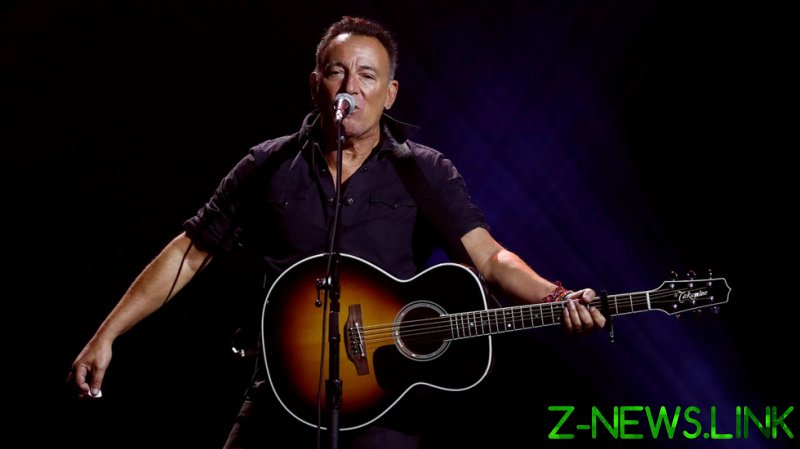 Trust America’s egotistical and imperial authorities to spark another “US vs. Them” battle. The decision not to recognise the AstraZeneca Covid-19 vaccine is not only unnecessary, but xenophobic.

It’s been highlighted after a Canadian gentleman booked tickets to see Bruce Springsteen concert in New York next week, but then noticed that entry was on condition of being vaccinated – and his AstraZeneca-Oxford jabs do not qualify him to attend.

The reason is because the US Food and Drug Administration (FDA) has only approved jabs from Pfizer-BioNTech, Moderna or Johnson & Johnson. It’s no surprise that US firms manufacture all of these.

One explanation could be they are looking to boost the income of domestic companies and hoping as a consequence to benefit American workers. Even if that is the case, it’s still ridiculous. AstraZeneca have worked alongside the world-renowned Oxford University to develop their vaccine and it’s why Britain is the country furthest forward in Europe with respect to vaccination rates.

For much of the pandemic, the UK was in a panic and that was only tamed when the vaccine rollout began, powered by AstraZeneca. Notably, the vaccine is being sold at a cost price of around $3 per dose, while the American vaccines cost approx $10-25 per jab.

It’s not only AstraZeneca-receivers who are being discriminated against. There are also all those who’ve taken Russia-developed Sputnik V, which has been recognised by the worldwide scientific community as both safe and effective. The World Health Organization also judged China’s Sinovac as a valid vaccine and supports its use.

Clearly any separation of vaccines into ‘good or bad’ is going to undermine the efforts to encourage people to take jabs. Vaccination rates are already faltering in some places. The US, for instance, has witnessed a 68% drop in uptake. There’s an extremely low uptake in Japan due to cultural reasons, while research shows that outright vaccine refusal in France stands at around 30% but will be significantly higher for a Chinese-made vaccine, compared to an EU-manufactured alternative.

If the authorities continue with favouring some vaccines, vaccination rates may slow down as people will feel there is justification to reject or look down on certain jabs. It is creating a division that is wholly unjustified and is scientific imperialism.

We all know that when one nation places a tariff on another’s goods the other nation does the same in reverse. It’s diplomatic warfare and the Americans have fired the starting pistol on the vaccine version.

Anyone who has taken AstraZeneca will be deemed a second-class citizen on arrival in America, unable to enter certain venues or buildings. Due to a very slight chance of blood clots, a great number of younger people will tend not to have been offered AstraZeneca. So if a fully vaccinated British family arrives in New York, will the parents and grandparents be refused admission as their kids are ushered in just because they received different vaccines? Imagine the carnage and confusion that could cause if applied to somewhere like Disneyland. Then it’s going to swing the other way when an American family lands somewhere else that has decided to bar entry for anyone who hasn’t had AstraZeneca.

Notwithstanding leisure trips, chaos will reign supreme when this hits the commercial world. Business people, artists, lawyers, accountants and many others could be held hostage by these draconian rules. There’s no doubt that rogue operators will exploit them for their own personal gain. Some things can’t be done over Zoom, so there’s leverage to be harnessed for untoward purposes if this vaccine apartheid is allowed to prosper.

The next step will be to shut borders based on a person’s vaccine status, turning someone into a pariah for having the temerity to agree, often without choice, to a non-American vaccine. This was already the case in Guam, which was only permitting quarantine-free entry to FDA approved vaccinated travellers until a few days ago, when they added AstraZeneca.

The next stage is for larger countries to close borders using vaccine rules as a pretence, but really to make political points and to win popularity contests. No longer will your passport be the only determinant for a foreign government to allow you entry.

America must desist from its high-handed behaviour and dispel any notion that its vaccines are the gold standard. They are not much different from the others that have been approved and rigorously tested. The pandemic has raged on longer than anyone initially anticipated. Even with vaccination programs well underway in the developed world, variants have sprung up and are why there are legitimate worries that we may have to almost start the fight all over again.

Separating people into vaccinated and non-vaccinated is one thing but deciding who is vaccinated ‘properly’ is sheer arrogance and nationalistic hubris. We do not need more discrimination. This is a time for the world to come together. Covid-19 will keep on killing until we halt its progress.