Home / WORLD / #BareShelvesBiden trends in US over supply issues

#BareShelvesBiden trends in US over supply issues 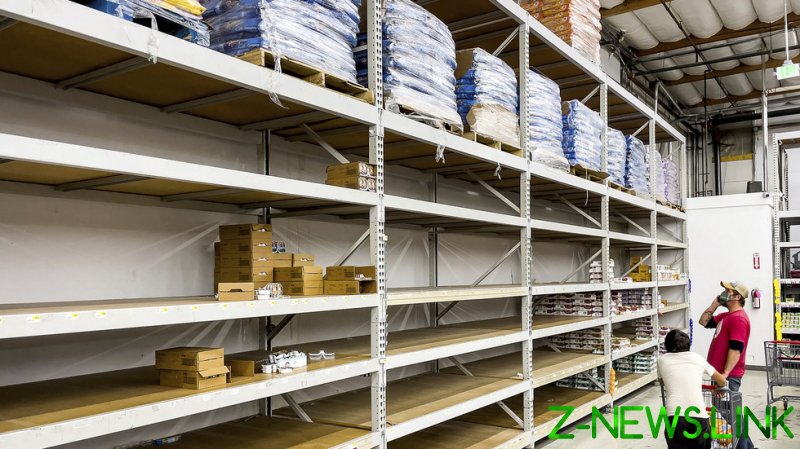 #BareShelvesBiden became one of Twitter’s top political trending topics as Americans posted photos of empty supermarket shelves amid continuous supply chain issues in the US.

Angry social media users displayed photos of empty supermarket shelves from the across the US and blamed President Joe Biden for the supply issues, with one American complaining, “I feel like I am in a third world country.”

Supporters of Biden shot back at the campaign, posting their own photos of fully stocked shelves in local supermarkets and arguing that similar shortages took place under former President Donald Trump.

Liberal commentator Caroline Orr Bueno even went so far as to suggest that the hashtag was organized by robots and called on Twitter to “look into” how it was able to trend.

The US has been plagued with supply chain issues, a rise in fuel prices, and heavy inflation since Biden’s inauguration in January 2021.

Last week, Biden suggested he only became aware that the price of meat in the US had risen so much after a family friend complained that it now costs “over $5 for a pound of hamburger meat.”