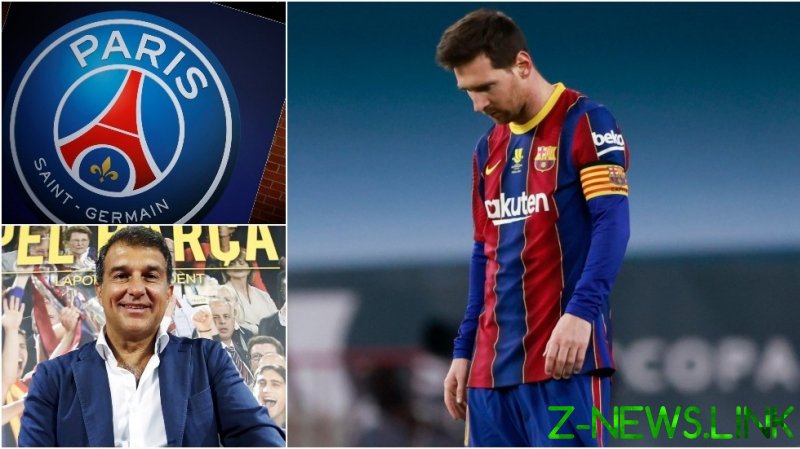 Messi, 33, is free to leave Barcelona at the end of June and could finally complete the move away from the Nou Camp which he was forced to abandon last summer.

The Argentine has been linked with a reunion with former Barca boss Pep Guardiola at Manchester City or a move to PSG – who have increasingly made their intentions clear in recent weeks.

PSG director Leonardo was recently quoted as saying that players such as Messi would “always be on their list” and that the club would “reserve” a seat at the table for negotiations, should the six-time Ballon d’Or winner opt to leave Spain.

Those public overtures from the Qatar-owned French club have enraged Laporta, who is bidding to be re-elected as Barcelona president when the vote is held in March.

“It is disrespectful to Barca that clubs like PSG publicly say they are going to sign Messi. This coming from a club-state that have bypassed the rules. We cannot allow clubs and states the luxury of destabilizing another club,” Laporta said at a news conference on Wednesday.

“In that sense, we will have to speak with UEFA and FIFA to avoid such actions. PSG must abstain from [talking about Messi]. It is out of place for another club to speak about him. And, at the moment, there is no president in place to respond to this lack of respect.” 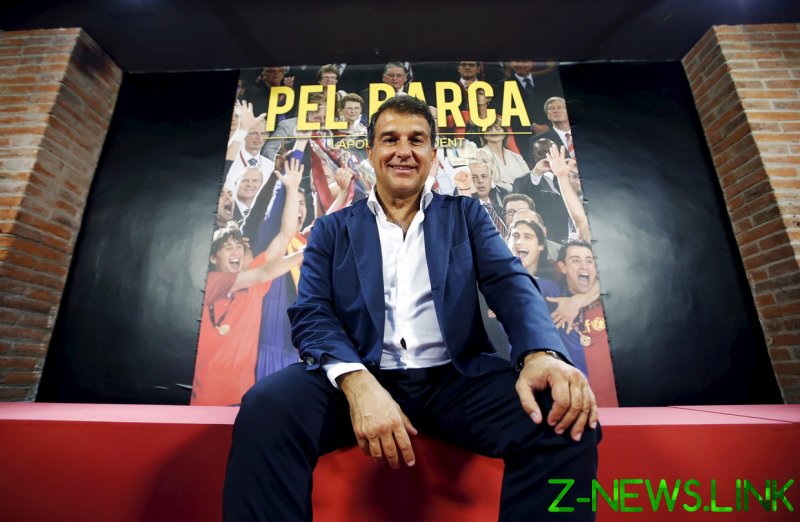 Laporta, 58, previously served as Barca president between 2003 and 2010, presiding over a period in which the club won four La Liga titles and two Champions Leagues – including their first under Guardiola.

Laporta is favorite to win the vote on March 7, and said he was still hopeful that Messi could be persuaded to stay at the club which he joined as a 13-year-old.

“The club must be capable of making a good proposal that Messi is willing to accept,” Laporta added.

“That depends on the club. I would understand any answer [from Messi], but he needs to know what the proposal is, [and] that requires urgency.

“It is getting more complicated all the time to make a convincing proposal. He’s free to negotiate with other clubs now and Barca are still without a president.”

Messi has suggested he will wait until the end of the season before making a definitive decision on his future, and part of his thinking may rest on who ends up assuming the Barca presidency.

Messi’s strained relations with former president Josep Maria Bartomeu were seen as partly behind his attempts to walk away last summer, and the ugly episode ultimately paved the way for Bartomeu’s resignation in disgrace in October.

Messi is set to return to action against division Rayo Vallecano in the Copa del Rey last 16 on Wednesday night, having served a two-game ban for a red card against Athletic Bilbao, which was the first ever of his club career.