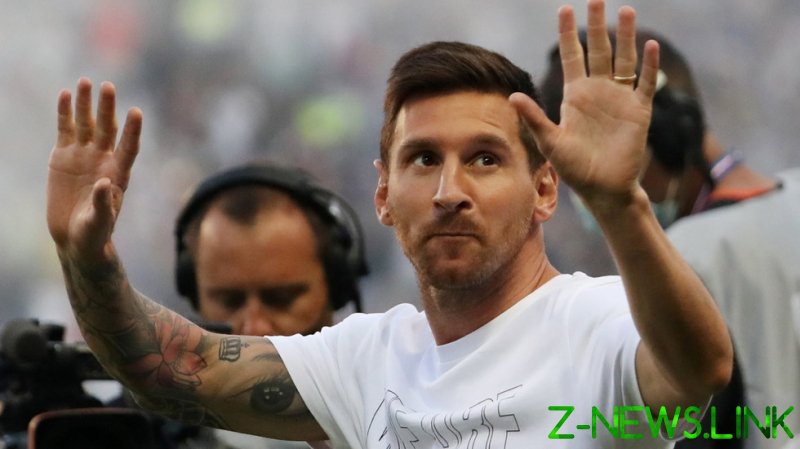 Out of action for over a month now since winning the Copa America with his country in Brazil, the Argentine has already trained with his new employers which led to suspicions he could feature against Brest this evening.

“Everything is positive. There is a good atmosphere in the squad and he has settled in well and quickly,” said coach Mauricio Pochettino when probed on the matter.

“There is a very good feeling. We haven’t decided the squad yet and we will assess whether Messi can be a part of it.”

Validating Le Parisien’s reports, however, the 34-year-old’s absence was confirmed on Friday afternoon with Sergio Ramos and Neymar also excluded from joining the trip to Brittany.

Taking advantage of the downtime since their dramatic exit almost a fortnight ago, the Messis have been spotted heading back to their mansion in the western beach suburbs of Castelldefels, with video footage shared by one of Catalonia’s leading sports newspapers.

As stills from the clip made it onto social media, some Barca fans were sent into unhealthy raptures regarding their greatest player of all time possibly donning Blaugrana again.

“I told y’all, this is all just a power play to scare La Liga,” wrote one, in a nod to the salary cap issues that meant Barca’s two-year contract offer had to be turned down.

“Messi never signed anything, the reason he can’t play is because he is still a Barcelona player waiting for La Liga to finally agree to his registration. You people really believed he was actually gonna play for PSG?” it was asked.

“The PSG presentation was fake and was all just to put pressure on LaLiga…HE’S BACK,” announced another.

“So it’s not done yet,” it was also said, as funny memes were posted of president Joan Laporta trying to hunt Messi down in the Catalan capital.

But done it is, and Culers must learn to move on.

Now just a matter of time, it seems likely that one of the most eagerly-awaited debuts in football history will instead come on August 29 when PSG take on Stade de Reims away.

After that, Messi will then journey to the motherland for three World Cup qualifiers against Venezuela, Brazil and Bolivia on the road to Qatar, with the Champions League awaiting him on the Old Continent shortly after.