Pandemic caught everyone by surprise: businessmen and ordinary workers, government officials and bankers. If there are those who come from coronaries on horseback plus, they are clearly in the minority. Before the new economic disaster everyone is equal, but someone still care. While the Russians make ends meet, the banks decided to dig between these two ends of the hole a little more. Financial institutions have constrained customers the opportunity to go into the minus, if you have no money on debit card. This service is called overdraft. This is something like a “promise to pay” from mobile operators, when at the expiration of money in the customer’s balance is not cut off from communication, but there is negative that you want then cover. So, the background banks of the pandemic more than two times reduced the limits on the overdraft. By the end of may to go in the negative debit card can be an average of 20.4 thousand rubles, found out credit history Bureau “Equifax”. In March, the average limits were 60% more, and in November last year came to 60 thousand rubles. In addition, credit institutions 8 times to reduce the issuance of cards with the option of overdraft compared to March, when coronaries was just beginning. Now it’s different. For three months the people and business went bankrupt, revenues have fallen, and therefore banks no longer trust in the solvency of customers. In the language of bankers it’s called “increasing credit risk”. In fact, the overdraft for card users, has been profitable loan, usually interest free for a certain period by the Bank – 60 or 100 days. Now, however, this shop closed down: worthless impoverished Russians to spend money is not impoverished banks, and even the wages do not pay! 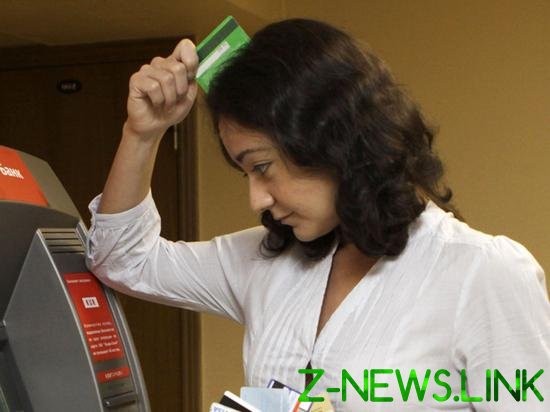 According to statistics, June 1 in circulation are 903 thousand cards with the option of overdraft. The aggregate limit was $ 13.2 billion. That is, nearly a million people could not be afraid to embarrass yourself at the checkout of a store if “your card has insufficient funds”. For someone able to go into the negative was the only way to hold on to paycheck. The Bank with that obtained customer loyalty and interest if the card holder is strongly delayed the repayment of a debt. In a crisis such grateful clients suddenly became the most desirable: why to lend without interest, if the 13 billion you can scroll at a rate of 10% per annum?

However, banks have now is also not the best period. Their main source of income – loans – sags. The pandemic has forced people to repay existing debts and cooled the ardor of the consumer on making a new one. Became more and those who have not mastered the repayment of the loan has increased, the amount of “bad” debts. Unlucky banks with additional sources of income. In the name of anti-crisis support of business power limited Commission for acquiring (what banks pay the company for every non-cash purchase), abolished the “Bank roaming”, made temporarily free transfers in the System of quick payments. Hangs over financial institutions and the threat of cancellation fees when paying bills. And it is irritating obligation to grant a grace period on loans lost revenues to businesses and individuals!

Bankers are already so driven that they in return threatened to make a paid service cards and even calls to call centers. The proposal was made by the Association of banks of Russia. By the way, the threat is very real. Now the Central Bank has no authority “punish” banks, if they want to cash in on the issue of maps and additional services. However, the head of the Central Bank Elvira Nabiullina promised to request such authority in the state Duma, but this is clearly not a quick process.

But so does a hard Bank, really? A few days ago the Prime Minister signed a decree on subsidies to banks in the amount of 22.5 billion rubles in preferential loans. And this is just one of the billions of dollars in subsidies that banks receive from the state for reimbursement of lost revenue from credit delays, zero loans to pay and other Bank support measures. Meanwhile, the vaunted subsidized loans and deferment is not so easy to obtain. As shown by the “test purchases” from the Minister of economic development Maxim Reshetnikov and the business Ombudsman Boris Titov banks approve in the best case a third of the applications, and most of it is simply ignored. Confirm ugly statistics and real stories of business people who hoped for the promised help, but received from banks refusals or formal replies in response to your request.

In any case, someone who, as broke banks will not. In recent years, the state methodically he’s merging the big banks, nationalizing them under the guise of rehabilitation. The largest of the large, and so belong to the state. All shocks on the banking sector, such restrictions commissions for acquiring is only light slaps from the authorities, more like stroking. If the lenders something and take, only to then give more. Money talks, and the banks they are should be in excess.