Bangladesh court sentences 6 to death for murder of LGBTQ+ activists 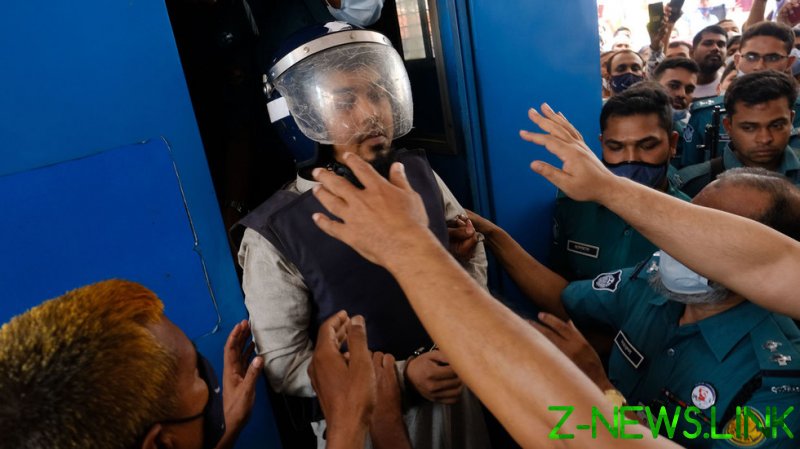 In a packed courtroom in Dhaka on Tuesday, Judge Majibur Rahman of the special anti-terrorism tribunal ruled that six of the eight accused would die for their crimes.

Only four of the eight accused were present in court for the sentencing. A further two, including a former army officer, were convicted in absentia, while the remaining suspects were acquitted.

The six men were found guilty of the brutal murder of two LGBTQ+ activists in the capital Dhaka in 2016. Xulhaz Mannan, the editor of the country’s first and only magazine for the gay community, was hacked to death along with his friend Rabbi Tonoy.

The six murderers also belonged to Ansar al-Islam, a group which officials claim is an offshoot of Al-Qaeda and was banned by the Bangladesh government the year before the killings.

Five of those convicted on Tuesday had already been sentenced to death for the murders of a blogger and a publisher in 2015. The two were hacked to death in separate incidents.

The judge said Tuesday’s sentencing should serve as an example that Bangladesh will not tolerate “militancy or terrorism in any form.”