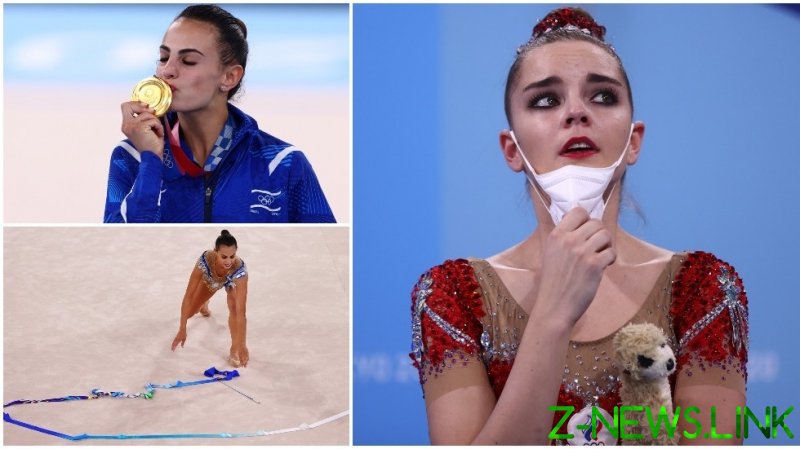 Three-time reigning all-round world champion Averina, 22, had been odds-on favorite to win the gold after topping qualifying ahead of twin sister Arina Averina, but on a day of high drama at the Ariake Gymnastics Centre on Saturday both were left disappointed.

Dina Averina finished with a total of 107.650 – not enough for her to overcome Israeli rival Ashram, who topped the podium with 107.800.

Arina Averina missed out on a medal altogether as she ended fourth behind Alina Harnasko of Belarus.

Dina Averina appeared distraught as her second-place finish was confirmed, slumping into her chair and bursting into tears.

It is the first time since the Atlanta Games 25 years ago that a Russian gymnast has not taken home the all-round title. 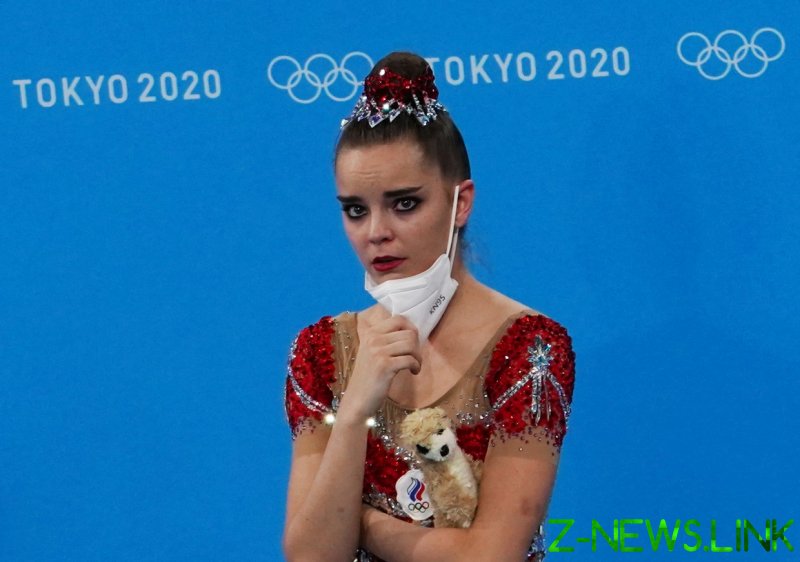 Dina Averina could not hide her disappointment. © Reuters

There was fury, however, at the judging during the contest, with the Russian team lodging several complaints during the competition.

The Russian Olympic Committee (ROC) Telegram account announced that a protest had also been filed after the overall results, but to no avail.

Ashram claimed gold despite dropping the ribbon during her routine, leaving her with a score of 23.300 for that rotation while Dina Averina claimed 24.000

However, the Israeli athlete had already opened up sufficient ground ahead of her Russian rival after the previous rotations with the ball, hoops and clubs. 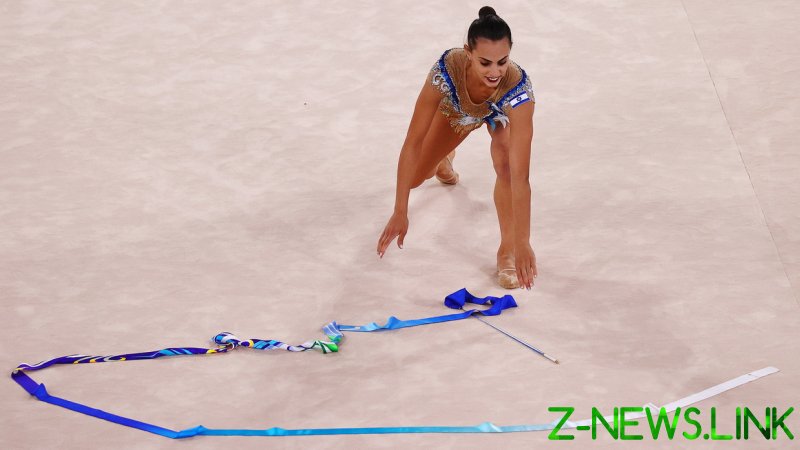 Dina’s twin sister Arina Averina saw her own medal hopes evaporate with a poor ribbon routine, where she earned just 19.550 – the lowest score of the 10 finalists, consigning her to a fourth-place overall finish.

“We saw in front of our eyes the Israeli athlete lose her apparatus. How can this be? The judges changed their marks lots of times – this means they’re not sure they’re right…

“It’s shameful. People who don’t know anything but decide everything.” 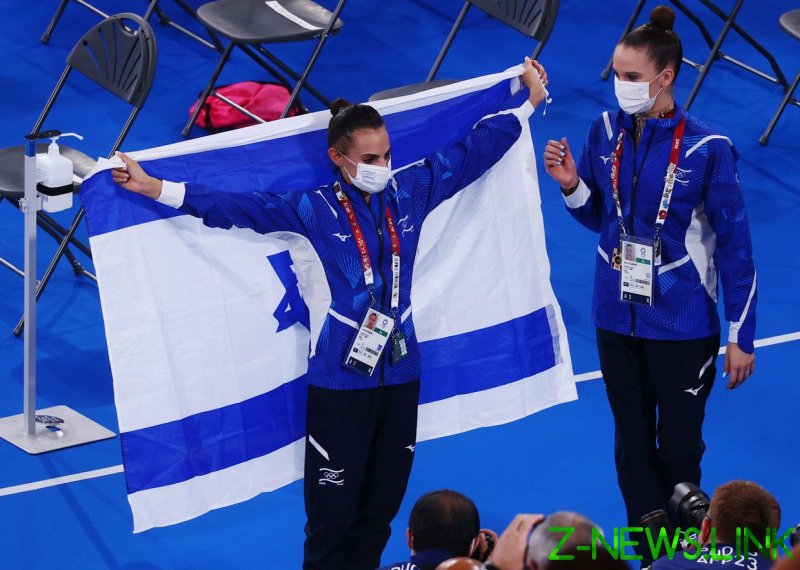 Russian athletes had topped the podium in the all-round individual event at the last five Games – including Margarita Mamun in Rio five years ago.

Mamun said Dina Averina had been flawless with her routines.

“Dina didn’t make a single mistake, she did everything flawlessly. But I’ll say that with the loss of [one apparatus], no one has ever won gold.” 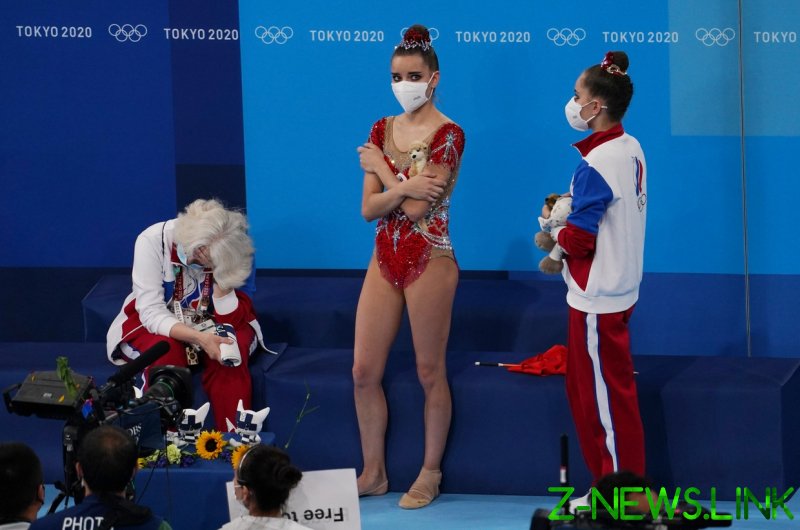 It was a disappointing day for the Averina sisters in Tokyo. © Sputnik

“Dina didn’t lose, she won. But, unfortunately, the judging was a gross injustice. It will go down in history… Dina Averina did everything cleanly, made no mistakes in the last routine,” said Viner-Usmanova.

“Linoy Ashram, unfortunately, made a glaring mistake for which all judging panels take off points for performance, technique and artistry.

“They always say that if there’s such a mistake, then a person can never, if their rivals didn’t make the same mistake, become a champion, let alone an Olympic champion, and even more so in the last event. It was just a disgrace to rhythmic gymnastics.” 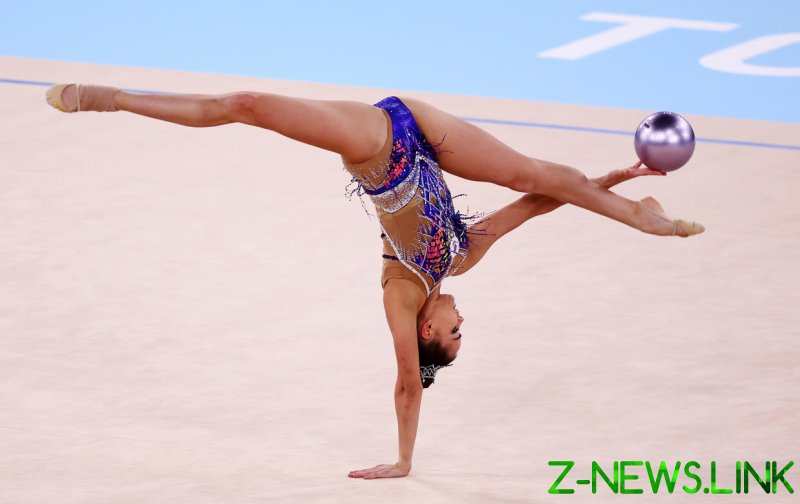 Dina Averina had been hotly tipped for gold in Tokyo. © Reuters

A tearful Dina Averina fronted up for the cameras after her loss, telling Russia’s Match TV: “It’s painful that today the judging was unfair, that a rival finished first who lost her apparatus.

“I completed all my routines more or less cleanly. I’m more offended at the injustice, I’m always for honest sport,” she added.

In comments released by the ROC, Averina added that the team had been hindered by the judges.

“My conscience is clear, I still believe that I won,” said the star.

“I went through all four routines very cleanly, without losses. So yes, today I won. In the course of the competition, I compared the marks that I could get with perfect performance with those that I received. And it was clear that we were ‘held back’.” 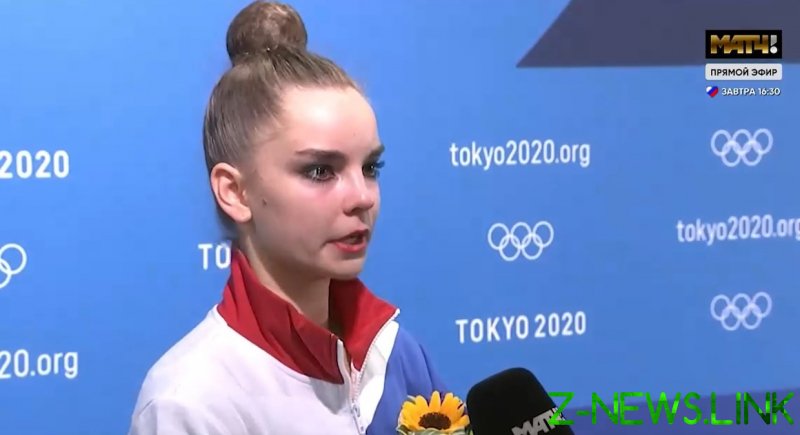 Averina was upset as she appeared on Russian TV. © Match TV

“It’s what I dreamed of for all my life,” Ashram said.

“It’s an amazing feeling to stand in this place, at this time, on the podium and in first place.

“A crazy experience that I still haven’t fully digested and with peak levels of excitement.” 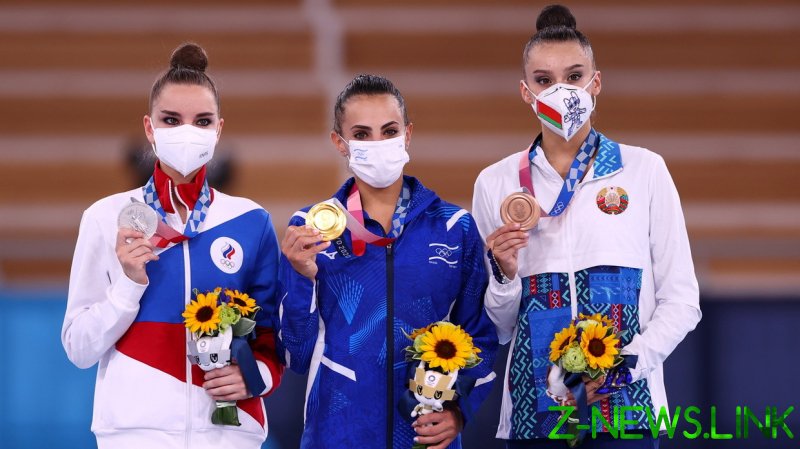 Ashram topped the podium ahead of favorite Dina Averina. © Reuters