Very unexpected and scandalous manner “uncover” the musician Daron Malakian from System of a Down. Malakian posted on Facebook page photos and text, which openly gave tribute nor anyone of his colleagues, and recently deceased psychopath Charles Manson.

Manson, of course, the figure is not only grim, but important in the history of the United States and in American (and sometimes world) culture. The person who led the sect, the members of which on his orders, killed nine people, including actress Sharon Tate – the story of the “Manson family” to this day dominates the minds, and at the time they committed the killings marked a kind of end of the “innocent” of the 1960s with a hippie-pacifists and the Beatles song about “all you need is love”.

The history of Manson dedicated the movies and TV shows, individual songs and entire albums. Trent Reznor (Nine Inch Nails) has recorded the album “The Downward Spiral” in the house where the cultists committed several murders. Marilyn Manson took the second part of his pseudonym in honor of Charles a real Manson cercano musician letter from prison in which he endorsed the idea of Marilyn…

And here is Daron Malakian feel the need to speak out about what he considers positive activities Manson:

Very sad to hear the news of the death of Charles Manson. During the writing of the album “Toxicity” on me as an artist has had a huge impact interview and the music of Manson. I called the song “ATWA” in honor of the philosophical concept of Manson on the preservation of the ecological balance [approx. Memory: the acronym ATWA stands for “Air, Trees, Water, Animals”, i.e. “air, trees, water, animals”]. I was wondering how he formulated his thoughts and views on society, and not murder. Drawing on this photo is that I asked my dad to draw on the topic of Charles Manson, which I later used as art for the song “Fucking” from the album “Scars On Broadway”. 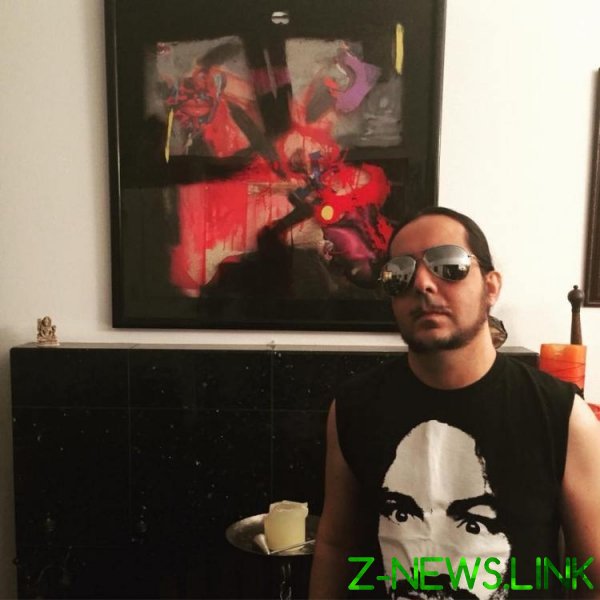 Needless to say that such photos and such speech has caused, to put it mildly, outrage? The journalist of a portal metal Injection, for example, we have noticed that Malakian as for the person who talked a lot about the Armenian genocide by the Turks, very strange to proudly display the swastika in his house, and to romanticize the image of a mass murderer.

Regular users also do not hide their surprise and indignation, here are some comments:

If you think Charles Manson is cool, look at the photos of the murder scene of Sharon Tate and see what you think after that. I like System of a Down, but fuck you.I have long been interested in Manson and have read over a dozen books about him and about what he did. But I don’t understand fans/groupies. In the end, let this man is of interest, it is still a huge piece of shit, and I’m not at all sorry that he left. The world became a better place because it now is not it.Oh, but Hitler was good at something… don’t think about the murders, have you seen his drawings? his paintings? I mean, forget about the millions of deaths. The sketchbook! The image-really cute!!!

The Malakian, however, is that the answer to the criticism:

If all you know about Manson is the fact that you sold in the media… I don’t blame you for your angry comments. But Manson was another side: he wrote songs, Guns n Roses did a cover of his song “Look at your Game”. Manson was also very correct views on society and the environment – these views are shared by many of you, even those who call me “disgusting”, you would not be able to challenge them if I watched his interview. I would call disgusting you if you disagreed with him on some of these topics. If Manson was just some idiot who killed people, he would in no way inspire me. I do not condone murder or murderers in any form!!! But Manson was a genius who knew how to articulate their thoughts. And it was the Manson that influenced me as an artist. To all of you who says he’s happy because he died, and that he will burn in your imaginary hell, you should be ashamed. In their thoughts you are as bad as those murderers you so hate!

What do you think about Manson? Is it possible to separate his thoughts and views on the world from what did his followers in his own order? And how do you feel about the fans of Manson?