Home / WORLD / Ban vaccine export? We can do the same, French minister says, after Italy stopped AstraZeneca shipment to Australia

Ban vaccine export? We can do the same, French minister says, after Italy stopped AstraZeneca shipment to Australia 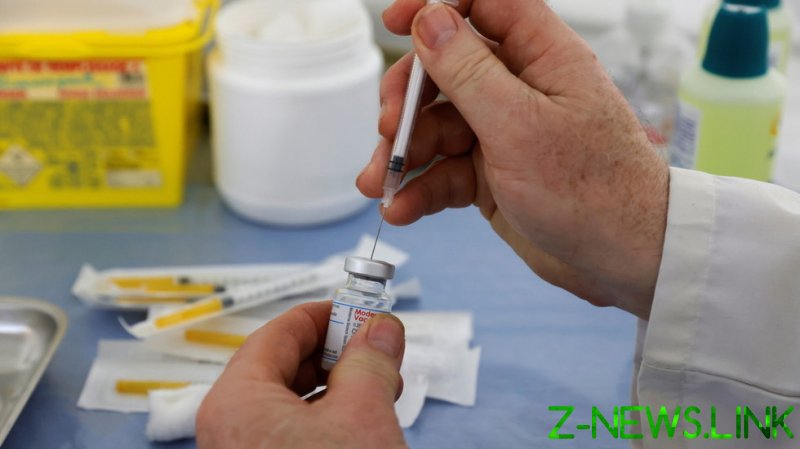 “I understand Italy,” French Health Minister Olivier Veran told BFM on Friday, when asked about the Italian export ban. “We could do the same.”

Brussels mandated this year that vaccine manufacturers must seek authorization from member states before exporting products manufactured domestically. Italy reportedly was the first nation to use the new authority and has blocked a shipment of over 250,000 doses of the Oxford/AstraZeneca product meant for Australia.

Italy argued that Australia is a “non-vulnerable” country when it asked the European Commission to block the delivery from a plant near Rome, according to the Financial Times, which was the first to report the story. The European export restrictions were imposed partially because of a projected failure of manufacturers to meet the target number for vaccine supplies to EU nations.

Australian Prime Minister Scott Morrison said he could understand why Rome would take these measures. “In Italy people are dying at the rate of 300 a day. And so I can certainly understand the high level of anxiety that would exist in Italy and in many countries across Europe,” he told reporters in Sydney.

The damage caused by the pandemic in Australia is relatively low, with just 29,000 Covid-19 cases and 909 deaths recorded in the country, with its population of 25 million. It has closed its borders, imposed strict lockdowns, and conducted extensive contract tracing for the infected.

The Aussie PM downplayed the significance of the hurdle, saying his government has ensured a reliable supply of vaccines, including through domestic production.

The decision to allow export restrictions was made by the EU amid a massive public row between Brussels and London over access to AstraZeneca vaccines after the UK’s full departure from the union this year. The conflict ended in Britain’s favor, with Brussels backing down from its threat to use Brexit rules to block vaccine shipments through Northern Ireland.