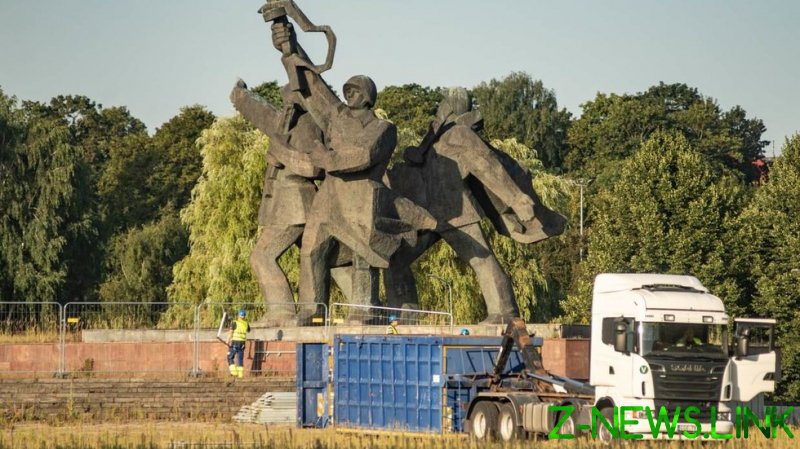 Workers have started removing the monument to the liberators of Latvia from the Nazis, with at least one excavator and a truck already at the site. Earlier, the city council of the capital, Riga decided to demolish the memorial despite protests from some.

On Tuesday, Russia’s Zvezda TV reported that the demolition of the WWII Victory Memorial had already begun, with an excavator removing the stairway leading to sculptures depicting three Soviet soldiers.

The city authorities earlier refused to grant permission for a protest by the Latvian Russian Union political party, which the organizers had planned to hold on Monday to denounce the removal of the monument.

According to Latvia’s LSM media outlet, officials cited the “opinion of security services,” as well as the fact that the rally would have taken place in an area “currently cordoned off due to the demolition process.”