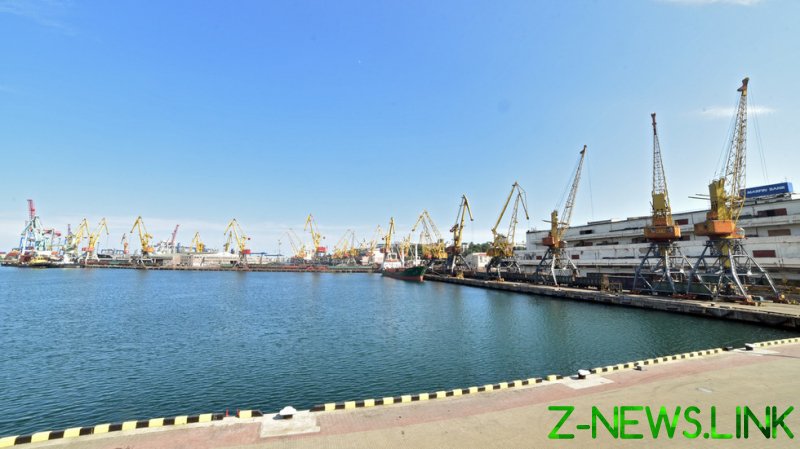 An international naval coalition should be put together to ensure ships carrying Ukrainian grain can leave Black Sea ports amid an alleged Russian blockade of the coastline, Lithuanian Foreign Minister Gabrielius Landsbergis has suggested.

Landsbergis proposed the idea during talks with UK Foreign Secretary Liz Truss in London on Monday, as he explained to the Guardian in an interview. Truss reportedly voiced Britain’s support in principle for such a coalition.

Russia has denied that it’s imposing a naval blockade on Ukraine, calling the reports “speculation,” and saying Kiev itself has caused logistical problems for shipping by planting mines in its own ports.

But according to the Lithuanian foreign minister, “a coalition of the willing – countries with significant naval power” is required to protect shipping routes in the Black Sea from Russia.

This naval escort operation should not involve NATO, Landsbergis said. “This would be a non-military humanitarian mission and is not comparable with a no-fly zone,” he told the Guardian. 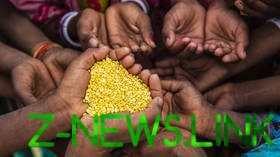 Not only Britain, but countries that have been hit by grain shortages, including Egypt, could join the operation, the diplomat suggested.

“Time is very very short. We are closing in on a new harvest and there is no other practical way of exporting the grain except through the Black Sea port of Odessa,” he insisted. “It is imperative that we show vulnerable countries we are prepared to take the steps that are needed to feed the world.”

Landsbergis said he believes that “in this endeavor military ships or planes or both would be used to ensure that the grain supplies can leave Odessa safely and reach the Bosphorus without Russian interference.”

However, he acknowledged that carrying out such a plan would require demining some areas and getting approval from Turkey, which controls the entrance to the Black Sea and could view the escort operation as escalatory.

According to the Guardian, after the meeting, Truss said Britain would be willing to provide its ships for the escort mission if the issues raised by Landsbergis are resolved.

“What we need to do is deal with this global food security issue and the UK is working on an urgent solution to get the grain out of Ukraine,” she was quoted by the newspaper as saying. 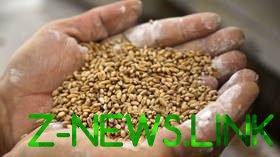 With Russia and Ukraine accounting for some 30% of global wheat exports, the conflict between the two neighbors has put the world on the brink of “a hurricane of hunger and a meltdown of the global food system,” according to UN Secretary General Antonio Guterres.

Kremlin Press Secretary Dmitry Peskov agreed with Guterres’ concerns on Monday, saying “that is true,” while insisting Russia was “not the source of the problem which is causing the threat of world hunger. The sources of this problem are those who imposed sanctions, and the sanctions themselves.”

He said Ukrainian forces have planted naval mines in the Black Sea, making shipping in the area “virtually impossible.”

According to Peskov, Kiev could also use rail routes to export its grain. Poland sends trains with weapons to Ukraine, and “no one prevents them from exporting grain back on the same trains,” he said.