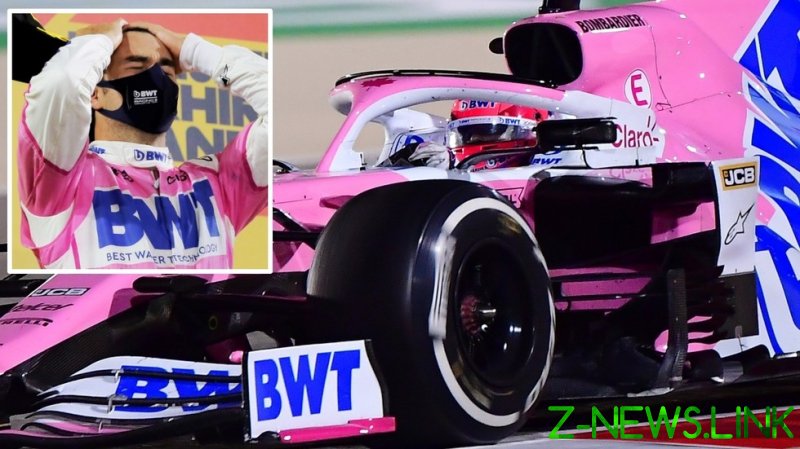 Racing Point ace Perez, who currently has no drive for 2021 and stands just one race away from departing the F1 paddock, found himself in last place after the first lap after being caught up in an early incident that eliminated Red Bull’s Max Verstappen and Ferrari’s Charles Leclerc, produced a brilliant drive to fight through the field, take the lead and hold on to capture the victory.

Incredibly, it was Perez’s first-ever Formula 1 race win, as he set a new record for the longest wait for a driver to claim their first Grand Prix victory.

It looked like the day would belong to young Brit George Russell, who had been drafted in from his back-marker team Williams to replace Lewis Hamilton at Mercedes after the world champion was ruled out of the race due to a positive COVID-19 test.

He took the lead from the start after beating Mercedes teammate Valtteri Bottas off the line, but mid-race incidents further down the field, coupled with a disastrous botched pitstop by the Mercedes team later described by team boss Toto Wolff as a “colossal f*ck-up” left Russell mired in the pack and forced to claw his way back to the front.

He did just that as he passed his rivals to move up to second. But, with the Brit setting fastest laps as he closed down on Perez, Russell suffered heartbreak when he picked up a rear-left puncture that forced a pitstop and left him in 15th.

Incredibly, Russell carved his way through the field again, but could only make it as high as ninth before the checkered flag to pick up the first championship points of his career in a race that he looked set to win.

But while it was a bittersweet moment for Russell, it was a moment to savor for Perez, whose spirited drive made a mockery of the fact that he has no seat for next season’s championship.

Whether that will remain the case before the new season remains to be seen. But if Perez does depart the world’s premier racing series, he’ll do so having finally claimed his first racing win.

Perez was joined on the podium by Renault’s Sebastian Ocon and Racing Point teammate Lance Stroll.