Anya Taylor-joy from the “split”, Olivia Cooke from “Bates Motel” and prematurely departed from us Anton Yelchin from the “Green room” planning a murder in the movie Thoroughbred (Thoroughbreds).

Director and script author Cory Finley presented her debut film at the festival “Sundance” at the beginning of this year, and then rolled her on several events, gathering many positive reviews.

The roads of two friends from the suburbs of Connecticut broke up, and the girls haven’t seen for several years. When they meet again, then decide to restore its former friendship. Upon closer communion girls notice that they have changed, and even become capable of murder.

The synopsis is not something to cling with a death grip, but a certain curiosity awakens. But the trailer is definitely good — bright, dynamic, it shows not so much, but to the viewer it becomes clear that the picture is not devoid of black humor.

In this case the heroine is not going to kill for the huskies and gag, there is still a story a little deeper and stronger.

In short, at least for Anton Elchine in the caste you need to watch. Yes, and Anya Taylor-joy is rapidly turning into a real star and genre cinema in General. Also in the cast flaunts Paul sparks, known for the TV series “boardwalk Empire” and “house of cards”.

March 9, 2018 “Thoroughbred” comes out in limited release in the US and the UK. Let’s hope that the release in Russia will also be held. 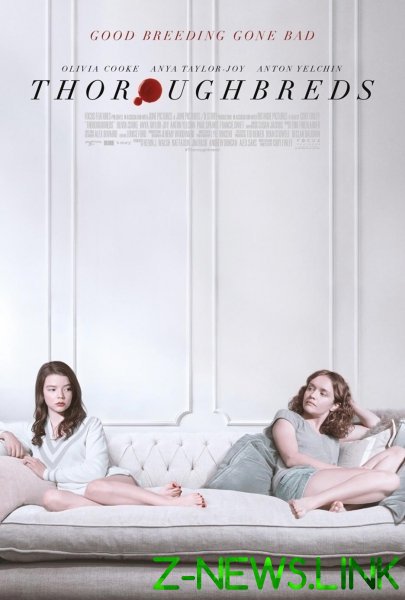