Home / WORLD / ‘Badge of honor’: Rand Paul fires back at YouTube after ban over mask comments

‘Badge of honor’: Rand Paul fires back at YouTube after ban over mask comments 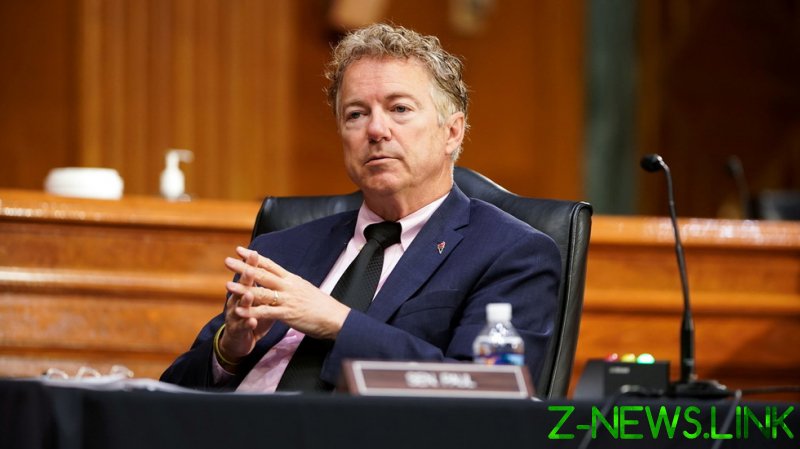 “A badge of honor,” Paul said on Tuesday, adding that “leftwing cretins” at YouTube gave him a seven-day ban over a video that quoted “two peer-reviewed articles” questioning the effectiveness of cloth masks.

Paul had posted the video on August 3, in response to YouTube censoring an interview he gave to Newsmax, in which he questioned the face coverings and once again called out the Biden administration’s chief medical adviser Dr. Anthony Fauci for his role in funding the research at the Wuhan Institute of Virology in China.

The Kentucky eye surgeon called it “potentially deadly misinformation” to claim cloth masks sufficed to prevent the spread of the virus, and criticized YouTube for stifling debate and promoting “groupthink where the ‘truth’ is defined by people with a political agenda.”

Paul revealed his ban on Tuesday in a call with reporters, accusing Big Tech of acting like an arm of the government in censoring speech – even constitutionally protected speech on the Senate floor.

“As a libertarian-leaning Senator, I think private companies have the right to ban me if they want to, but I think it is really anti-free speech, anti-progress of science, which involves skepticism and argumentation to arrive at the truth,” Paul said. “We realize this in our court systems that both sides present facts on either side of a question and complete an adversarial process to reach the truth in each case.”

This was not Paul’s first run-in with Silicon Valley censorship. Back in February 2020, during the first impeachment trial of President Donald Trump, YouTube took down the video of his speech on the Senate floor, in which he said the name of the alleged “whistleblower” – the CIA liaison at the White House who triggered the proceedings with his concerns about Trump’s call with the president of Ukraine.

A year later, Twitter would lead the way in banning Trump himself – while he was still the sitting president – for daring to question the results of the 2020 election and allegedly inciting violence. YouTube and Facebook followed suit, along with other social media platforms. To this day, continues to censor not just Trump himself but anyone interviewing him.

While Democrats have repaid Big Tech companies by threatening to break them up in antitrust proceedings, Paul said he would prefer a free-market solution to the problem.

“I will try to channel my anger, not in breaking these companies up but by publicly expressing my disagreement with them and publicly promoting other channels that offer free speech alternatives,” he said on Tuesday.