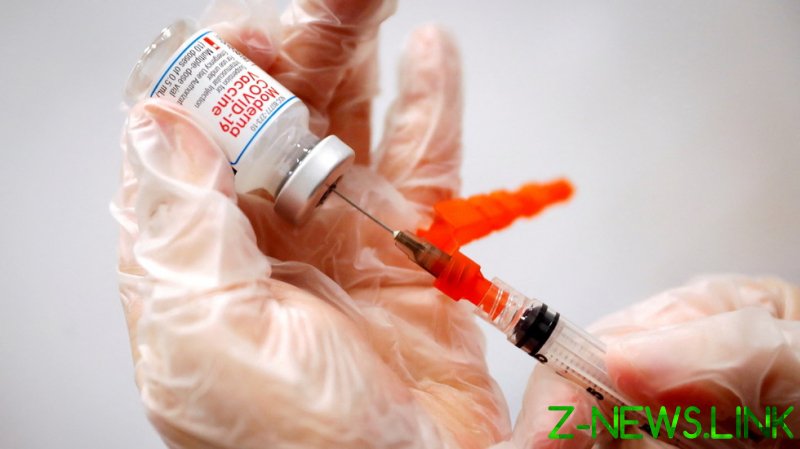 The incident occurred on September 29 in Seongnam, just south of Seoul, South Korea’s Yonhap News Agency reported on Saturday, citing the municipal government. The unidentified doctor gave the baby a dose of Moderna’s Covid-19 jab, which had been set aside for the child’s mother.

South Korea’s government limits use of the Moderna vaccine to people 18 and older. It’s also reviewing whether it should follow the lead of other countries in further restricting use of the shot, citing concerns over side effects. For instance, Japanese health officials have called for men under 30 to be inoculated with the Pfizer-BioNTech vaccine. Sweden, Finland, Denmark and Norway also suspended the use of the vaccine for younger age groups.

The Seongnam infant was taken to a nearby hospital and kept under observation for five days. Officials said the child showed “no special signs of side effects,” according to Yonhap. However, the baby’s parents have reportedly sued the doctor, demanding compensation for the mixup.

Pfizer has tested its Covid-19 vaccine in babies as young as 6 months old, but doses are much smaller than those given to adults. The shot has been authorized for use in US children as young as 5 years old. Children 5-11 are given two doses of 10 micrograms each, one-third the amount injected into teenagers and adults.