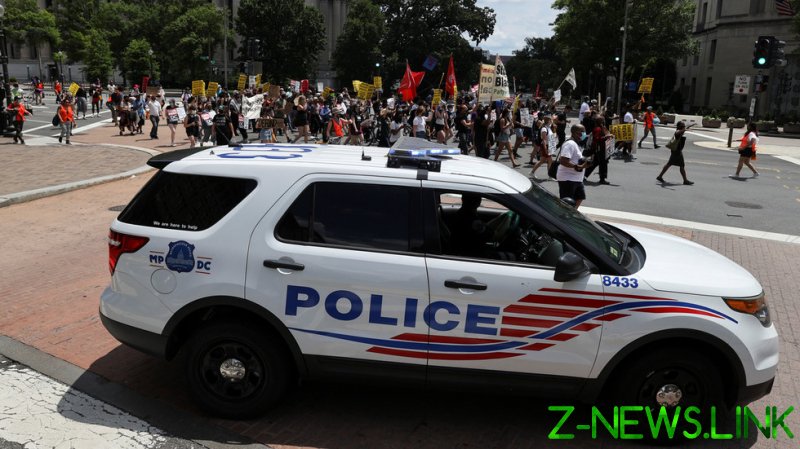 “The negotiations reached a dead end, the amount we were offered does not suit us, we are posting 20 more personal files on officers, you can download this archive, the password will be released tomorrow,” the Babuk hacker group wrote on Tuesday, according to Vice’s Motherboard. “If during tomorrow they do not raise the price, we will release all the data.”

The ransomware gang said the MPD offered them money to keep the data private, but the amount was not enough.

According to Motherboard, the 22 PDF documents amounted to background investigations into MPD candidates, at least three of whom currently work at the department.

The release amounts to “a full dox” of the individuals involved, including their medical evaluations, criminal and employment history, social media activity, financial history, polygraph results, residential history, scanned IDs and signed documents, among other things.

The MPD confirmed the data breach last month, but said they had referred the matter to the FBI. The Bureau’s official guidance, however, is against paying ransom to hackers.

“Paying a ransom doesn’t guarantee you or your organization will get any data back. It also encourages perpetrators to target more victims and offers an incentive for others to get involved in this type of illegal activity,” the FBI says.

Little is known about the group behind the hack. McAfee researchers say Babuk is relatively new, detected only at the start of 2021. It is active on “both English-speaking and Russian-speaking forums” and individuals involved with the group have “expressed themselves negatively against the BlackLivesMatter (BLM) and LGBT communities.”

Meanwhile, southeastern US states have struggled with gas shortages after a ransomware attack attributed to a different group, ‘DarkSide,’ shut down the Colonial Pipeline that runs from Texas to New York. Reacting to media accusations that the attack was “Russian” in origin, the group released a statement on Monday saying it was “apolitical” and that its only goal was “to make money,” without admitting responsibility for the hack.