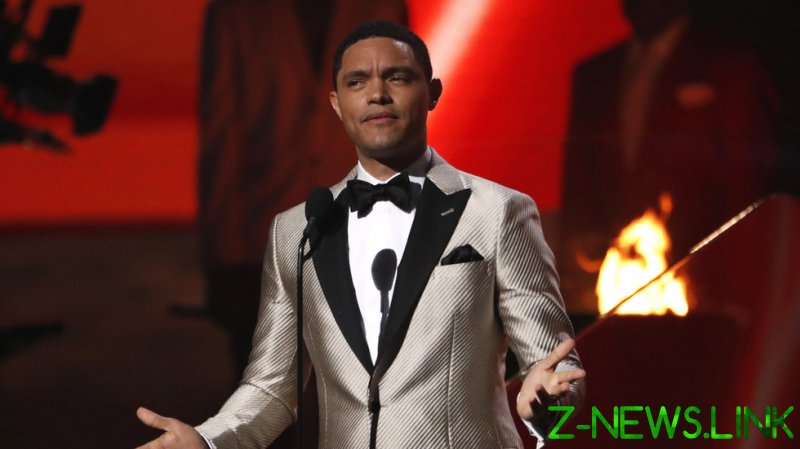 The fires in Southern California have caused multiple areas to be evacuated and have spread across thousands of acres, and news that a firework from a gender reveal party is responsible for one of the blazes has many questioning the sense of these parties.

A gender reveal party is held during pregnancy as a way for expectant parents to announce the sex of a child. Social media videos have shown the celebration becoming more and more elaborate in recent years, with parents looking to go viral by upping the ante on their stunts.

Noah ripped into these parties during the latest episode of ‘The Daily Show,’ arguing that the whole concept is archaic because babies don’t know their own gender, so it can’t be ‘revealed’ before birth.

“Aside from all the damage it can cause, celebrating a baby’s genitalia is starting to feel very outdated …given everything we’re learning about gender, gender reveal parties should only happen when the child is old enough to know their actual gender,” the host said.

He added that gender reveal parties “should only happen when the child is old enough to know their own gender …and to pitch in some cash for the fire damage.”

Needless to say, Noah’s take on the situation sparked some mixed reaction on social media.

“My wife and I did a gender reveal party and it revealed we were having a boy. Then we had a boy,” one Twitter user sarcastically wrote in reaction to Noah’s declaration. Some agreed with Noah, however, saying that it was not for parents “to decide the gender of their offspring.”

Gender reveal parties have become controversial as arguments surrounding gender itself have become more heated. Even Jenna Karvunidis, the blogger credited by many as being behind the gender reveal party trend, has said they should be “reevaluated” to account for the “nuances” of gender.

In light of the California fire, Karvunidis renewed her call for the parties to end.

“Stop it,” she wrote on Facebook. “Stop having these stupid parties. For the love of God, stop burning things down to tell everyone about your kid’s penis.”