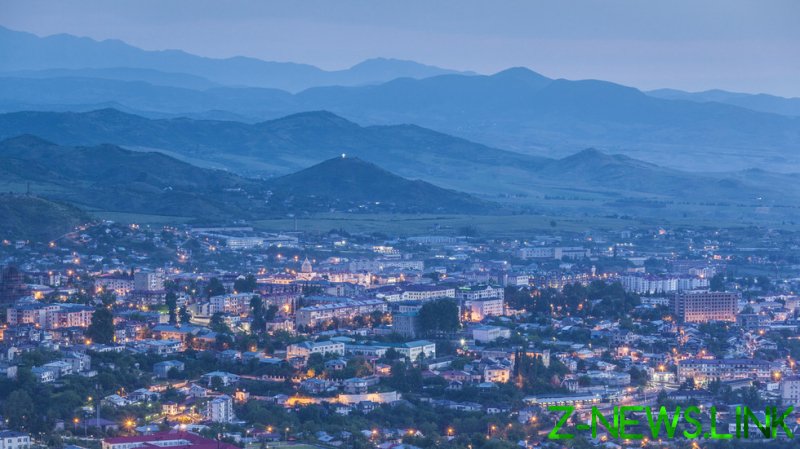 Armenian Prime Minister Nikol Pashinyan accused Azerbaijan of trying to create a pretext for launching “a large-scale attack on Armenia and Nagorno-Karabakh.”

Speaking on Thursday at a government meeting, Pashinyan said that Baku “first dumps theses on a diplomatic or public platform,” and “ascribes some promises to Armenia,” claiming later that Yerevan is not complying with the agreements.

Pashinyan cited Baku’s claims that Yerevan had not responded to its five-point peace settlement proposal, sent via the Minsk Group on March 10. According to the Armenian prime minister, his government responded on March 14.

Pashinyan believes that “Baku is trying to legitimize a large-scale attack on Armenia and Nagorno-Karabakh.”

“I once again express Armenia’s readiness to sign a peace agreement with Azerbaijan. Armenia is ready for the immediate start of peace negotiations,” Pashinyan said.

On Thursday, Azerbaijan’s leader also expressed support for a peace agreement as soon as possible.

The last few weeks have seen tensions around Nagorno-Karabakh – a region populated with ethnic Armenians, but internationally recognized as part of Azerbaijan – significantly escalating, with the international community expressing concern over the developments.

Armenia has accused Azerbaijan of seizing two villages, Khramort and Parukh – which the Azerbaijanis call Farukh – located on the armistice line which was established in 2020 between Azerbaijan and the self-proclaimed Nagorno-Karabakh Republic (NKR). Armenian media claims that the ensuing firefight, which allegedly involved Turkish-made Bayraktar TB2 combat drones, resulted in more than a dozen wounded and three killed on its side, as well as an unspecified number of Azerbaijani casualties.

Baku denied the accusations, saying its troops were simply “continuing the process of clarifying their locations and positions without the use of force.”

However, on March 26, Russian peacekeepers, who are currently patrolling the NKR, reported that the Azerbaijani military had violated the ceasefire, launching airstrikes against forces of the breakaway region. Baku then accused Russia of taking a “one-sided” view of the events. Blaming Armenia for the escalation, Azerbaijan claimed that it was responding to a “covert attack” by the “illegal Armenian forces.”