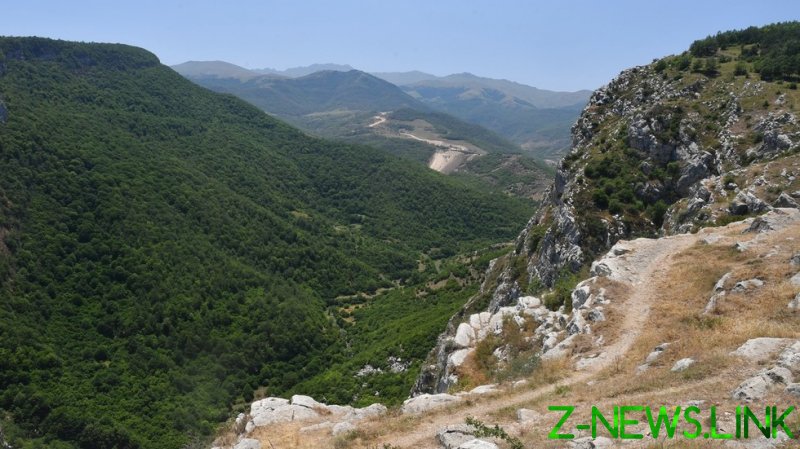 The Azerbaijani military has violated the November 2020 ceasefire in Nagorno-Karabakh, launching airstrikes against the forces of the breakaway region, the Russian Defense Ministry said on Saturday. The region, which is currently patrolled by Russian peacekeepers, is internationally recognized as a part of Azerbaijan, yet it is predominantly populated by ethnic Armenians.

Over the past two days, Azerbaijani troops have “entered the zone of responsibility of the Russian peacekeeping force in the territory of Nagorno-Karabakh and set up an observation post,” the ministry said.

“Four strikes have been conducted by a Bayraktar TB-2 unmanned drone on units of the armed forces of Nagorno-Karabakh near the settlement of Furukh,” it added.

The peacekeeping force is currently trying to ease tensions, the MoD said, urging all parties in the region to show restraint. “The command of the Russian peacekeeping force is taking measures to resolve the situation and return the troops to their original position. A request was sent to the Azerbaijani side to withdraw its troops,” it said. 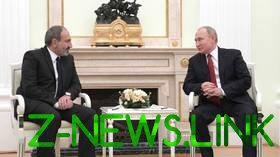 In a separate statement, Russia’s Foreign Ministry expressed its “concern” over the Nagorno-Karabakh escalation, urging both sides to adhere to the standing agreement.

Meanwhile, the authorities of the self-proclaimed Nagorno-Karabakh republic have invoked martial law, announcing a “temporary restriction of rights and freedoms.” During the time it is enacted, any public assemblies, strikes, or rallies are prohibited, and any organizations deemed to be working to undermine the region’s security have been suspended. Azerbaijan, for its part, has accused “illegal Armenian forces” in the region of trying to launch a covert attack on the nation’s armed forces.

Later in the day, Azerbaijan responded to the Russian statement, expressing its “regret” over the purportedly “one-sided” account of events. Only Armenia is to blame for the ongoing escalation, the Azerbaijani defense ministry said, stressing that its “immediate actions” were taken solely in response to the “attempt at the covert attack” by the “illegal Armenian forces” that were forced to pull back. Baku also blasted the use of the term “Nagorno-Karabakh,” noting that none of the country’s regions goes under that name.

Backed by Armenia, Nagorno-Karabakh broke away from Azerbaijan after a war in the 1990s, and has existed as a self-proclaimed, unrecognized entity ever since. The region has repeatedly seen flare-ups and fighting, with the latest major escalation occurring back in 2020. The conflict was a success for Azerbaijan, which was able to regain control of more than half the region. It eventually ended with the imposition of a Moscow-brokered ceasefire. The remainder of the self-proclaimed region, including the only land route linking it to Armenia, is now patrolled by Russian peacekeepers.